Looking for something? Hopefully, you’ll find it here.

Some of the posts that are popular and/or interesting ;O

I am trying to make a decent Yu Aoi-non-Yu Aoi thing here. Somewhere where u can discuss, read and know? about Yu and her work, but not really a fansite. I don’t focus much on photos, and fanart-making, but more on the films… if you wanna see icons, graphics and stuff, you can check this LiveJournal Community.

On this blog, you’ll find…

Guide for the Yu Aoi Fan:

The Film Discussion is for those of you wanting to know about a Yu Aoi film, how was the film, how much can you see of Yu in it, and how was her performance. It is likely they contain SPOILERS, so if you don’t want to be spoiled, you can scroll down without reading and just see how many stars it got.

For the past few months, I have been on the hunt of Chulpan Khamatova material — subtitled or not — watching anything I could get my hands on in order to create, as my fandom above this one, a place for non-Russian-speaking fans of Khamatova to mingle and talk. Actually, I just want to find other Chulpan Khamatova fans out there that don’t speak Russian! LOL

Anyway, you can find:

Guide for the New Khamatova Fan:

I don’t think I have enough information to put a solely Tabu, Rani or Vidya or Madhuri section… but combined, they’ve totally taken over the blog. Same with my other fandoms, I want to find other fans who don’t necessarily speak Hindi (Telugu, Tamil or others) but love to talk about them.

And your basic guide:

I don’t own many photobooks, but they might increase. Who knows! Anyway, these are the photobooks that are feature on this blog:

I seemed to blog quite a bit about:

Don’t forget to check “Shows You Should’ve Watched When They Were on the Air.”

And the Emmy Awards~~

I blog quite a bit about films, maybe a bit more in Award Season… Here are some of the Awards I keep an eye for:

Don’t forget to check out the “Films that Changed your Life Forever.”

And a Little on Music~

Just to keep it consistent… Here’s the GRAMMY.

I also do my bit of posting lyrics… here are the ones featured in the blog; 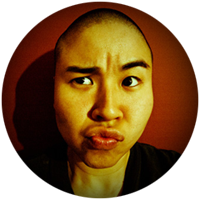