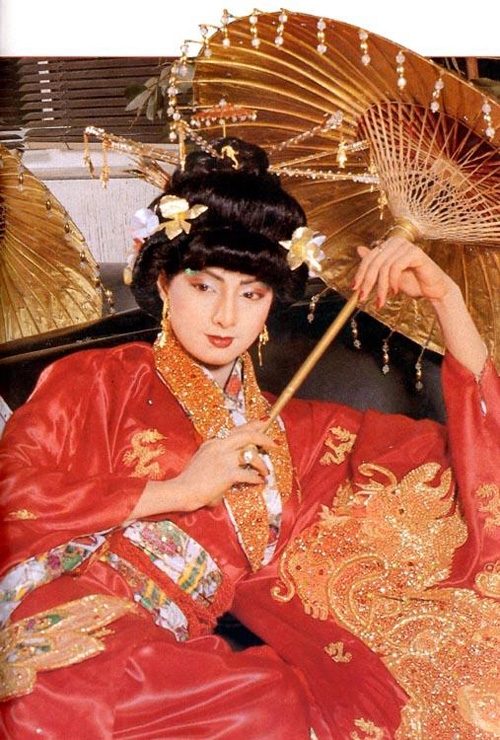 In my Indian-movie-watching journey, I’ve been mildly amused and downright embarrassed by some of the “East Asian” nods that I’ve ran into. First, there was the ubiquitous Mera Naam Chin Chin Chu, which admittedly- it’s kinda catchy. It’s a 1958 film, you could pass it off… and it’s referenced in at least a handful of the movies I’ve been watching.

Other “East Asian” nods from Indian cinema came via Rab Ne Bana Di Jodi when Shahrukh Khan goes to the Japan trade fair with Anushka Sharma’s character, and you get a “this is kinda wrong” embarrassing feeling. And let’s not forget Chandni Chowk to China… but that movie makes you more embarrassed for the movie in itself than the actual China setting. Among other long-moustached Chinese-looking bad guys, mostly terrorist-slash-psychopaths often played by Danny Denzongpa.

But the worst and the most shocking of all was Ram Charan’s Chirutha. I’m not particularly into Telugu sense of humor, except for Magadheera (which didn’t have much comedy), everything makes me cringe. But this scene in Chirutha took the cake when a Kathoey (who’s not obviously played by one) makes an appearance. The rest of the movie has a lot of Crazy-88-style Chinese bad guys that get their bums kicked by Ram Charan, of course.

It doesn’t make me angry, but I am a bit embarrassed. At one point during my Magadheera period between New Year and now (5 months), I considered having a crush on Ram Charan. The flame is completely put off. It’s just not gonna work.