Ok… moving on~~ Portugirl is in my hands!! Or actually, on my desk now, otherwise I wouldn’t be typing. HMV Japan is pretty good~ even though they delayed my order, they sent it 5 days ago and it’s here already! And considering I don’t get Free Shipping with YesAsia anymore… also noticed? Prices are higher in YesAsia now, for example Portugirl would have cost $20ish bucks more with them. Should you be doing YesAsia now? 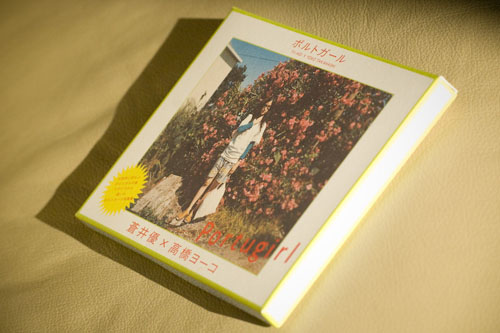 Proper fan-ish review, after the break~~~ For a ‘pro’ review, you’ll have to wait. LOL

First impression?? The book is TINY! It’s just like holding a really heavy DVD case, that’s how big it is… then, it’s not a BOOK – which I should’ve figure with “Postcard Photo Collection”. The nicely printed photos come in stacks of what… 12 or 6-ish photos, depending if they are big or smaller postcards, and they come in a box. 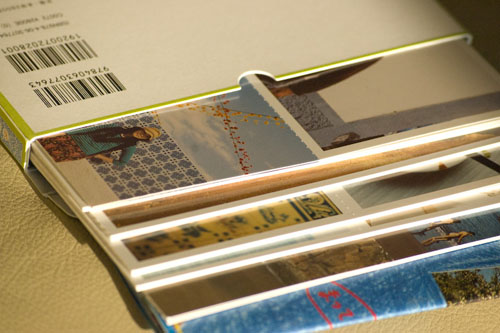 DVD-sized-box comes with 6 stacks of postcards (ready to detach), printed on medium-matte-glossy (?) paper with the back ready to be used for writing. Only two postcards have written messages (by Yu?). Also inside the box, a humongous map of Madeira – the Portuguese archipelago.

There’s not much writing, other than some on the map… and the two postcards – which if you can help read and translate, would be awesome.

Some of the ‘critic’ I’ve been able to read is that they ‘hate’ the ‘photobook’ because many of the photos included in this collection don’t have close-ups of Yu, or no Yu AT ALL. Certainly, these people are what we know as ‘idol-craze’ and are not able to enjoy something without the face of their idol splattered all over the product.

Second of all… there are photos of Yu at the beach, or near the ocean. But NO, she does not show up with a bikini – so all you pervs googling for “Yu Aoi Bikini” on google~~~ Pervs, don’t go badmouthing these photos because of it. LOL’

Third of all… Yu is sporting braces!!! You know, the nearly transparent ones? The ones you use as an adult, and just use for a short period of time~~ Plus the glasses. Uber geeky, Yu is embracing the geek~~ LOL’ cute. You don’t see them much though, just in the few close-ups when she smiles.

Okay, that’s enough for the ‘idol-craze’ ~ moving towards the actual content. Yoko Takahashi, I dunno how she does it, but she takes a photo of a dish that’s already been eaten and it freaking looks good. The photos have a very 70-ish look… color, elements, and even some clothing. Some of them remind me of my dad’s photo album of when he was young… xD

Many of the photographs don’t include Yu, and actually look very much like they could be real postcards – Portugal should buy this and do a limited print~~~ Also, Yu seems to get along really well with old people… and kids too, but there wasn’t any kids on this one. After all, Europe is the old continent.

Madeira reminds me of Lima… perhaps only Barranco, and other smaller towns… or Cuba! A lot of old structures, old bodegas, old butcher places where meat is hanging, old cafes. And Yoko takes the photo of an empty room, and it’s still looking good… damn~~ 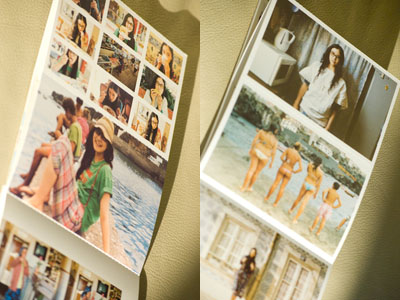 Yes, those are bikinis. But none of them is Yu, so pervs don’t get your hopes up.

I am a little scared of the poscards separating, it seems a little bit flimsy… but overall, collection is great. No snapshots on this one, maybe except on the map… which I will be talking about in a moment~~

The map is huge… covers my sofa, and it’s like a collage of photos, doodles, cutouts, etc etc. My mother says her writing is not so good, and I keep telling her that young people can’t write anymore. However, it’s true~ It’s hard to read when they have hand-written content. Especially when they use markers or ball-point pens. Maybe I’m just not used to… and when I use a ball-point pen to write, my kanji is enormous!! Like a 100% in size increase from my regular hand-writing. LOL