I know I’ve heard that one before… maybe in school? Maybe just talking among friends… but one thing is for sure, that a good story can be understood even with a language barrier.

Has any of you watch a film in a language that doesn’t resemble yours? I’m not talking about me watching La Vie en Rose with Swedish subtitles… though that was a challenge, but let’s face it~~ French, Spanish…. kinda helped a little bit, non?

Maybe I’m talking about the time, right before the Academy Awards… I had only watched one of the Foreigner Film nominees. 12, the Russian remake of 12 Angry Men, by Nikita Mikhalkov… without subs. Now, I think part of the reason I didn’t enjoy the film so much was because I didn’t have any subtitles… the first time I saw the film, there were none. Now, somewhere between the day I saw it and after the Oscars, I got hold of half the subtitles… LOL so now I fully understand half the movie. xD

Silly me, always trying to watch something without subtitles when I obviously need them. This is why I have not watch Meduzot (aka, Jellyfish). This time I was intelligent enough to find out some key elements of the film before watching, and since a poem seems to be very important to the feel of the film, I have decided to wait. The wait is neverending.

But let’s take a look at another example! I haven never watched a film in Japanese without subtitles, but I have seen a couple of episodes from series *coughLastFriendscough* – of course, I watched those episodes later on with subtitles… xD but that didn’t diminish the feelings that I got from the first time. It was the simple cheery feeling with which they said “Okaeri!” or the dramatic/heartbreaking monologues  that got us to tear up just a little bit (I’m looking at you Takeru >,<x)… or a simple (or all scenes…) with Ruka xD – Love ya, Juri-chan! Okay, I also liked the Eri matter-of-factness-tone which she used a lot. The point is, yeah… you can enjoy a story without understanding the words, but fully grasping the feelings.

Last night, without wanting to wait any longer, I watched episode 05 of Osen. I still can’t stand Yocchan, and without subtitles Osen lost a little of charm… you know, those little *notes* explaining dishes and such. However, by the end of the episode, I felt I had grasp what it was about… and most important, Yu Aoi’s last scenes. LOVE IT, LOVE HER. Her silly drunk and care-free performance is cute and all, lights my dark computer screen, 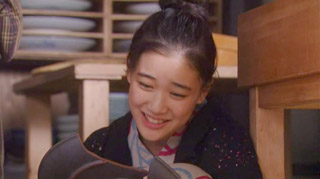 but I love when Osen-san takes charge. SNAP! You know it, dropping to her knees with an air of defying (and the sound of her kimono) and raising her voice. Defying Yu and defying Juri are the HOTNESS. Okay, focusing again… it wasn’t what Osen-san said in her defying monologue, for all I know she could’ve been talking about potato chips… very passionate potato chips, ha! But it was the way she said it, her voice, her eyes… the way her whole body tensed for defending her turf. 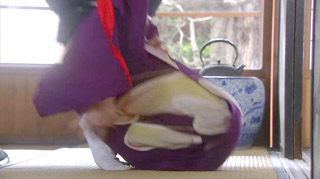 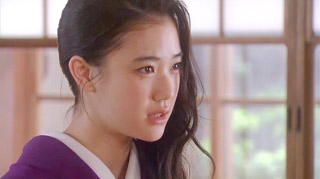 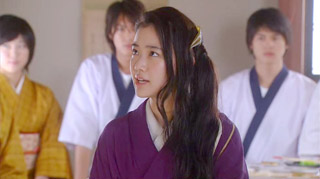 So thank you, fansubbers for all the hard-work. Specially those fansubbers who put notes in their subtitles so everyone can grasp the idea/joke/reference. And thank you, timers… I think timing might be even harder and WAY MORE tedious work than translating. Thank you so much.