From the three nominees above, Howl’s was the least I enjoyed… it was prime animation like any Studio Ghibli animated film, but so were the other two. Corpse Bride was also amazingly animated, and I still can’t believe that was stop-motion because it really feels like it could be CG… and Wallace & Gromit, great animation as well, not as CG-looking as Bride, and that’s perhaps why it won.

I enjoyed watching Were-Rabbit a lot, though some of my friends thought it was boring as hell – perhaps it was because they only saw it dubbed, and we all know why only-dubbed films SUCK.

So I don’t think I have much complains here, specially since I can’t really find any animated film that fits this year. 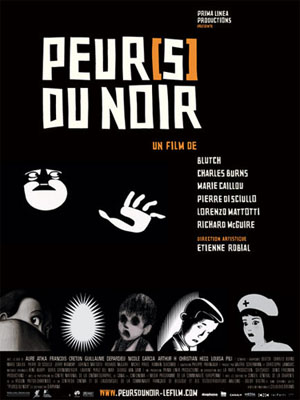 Surf’s Up, I don’t really know what to say. I don’t really have a proper high-rated film to fill its position as the third animated nominee, but something inside me tells me it shouldn’t be there as it didn’t really bring anything new to the table. I felt this film was just there to cash in… If I must really pick a possible alternate, how about the French Fear(s) of the Dark? Peur(s) du Noir is far from being a perfect film… actually, I’m not sure it would fit the category of ‘feature film’ because it was more like a collection of animated shorts, but at least it brought something new to the table. But would its nomination bring too much French in this category?

First of all, WTF?! Bolt?? Were they trying to nominate that film just because it was released in 3d? UGH, I thought the Academy could have done so much better than that~~ Waltz with Bashir wasn’t a perfect film and it was nominated for Best Foreign Film (and even won the Globe), so why not an animation nod? It is much more important than a movie like Bolt… but NO! Because Animated Films are only for kids, right?

I didn’t have an issue with Kung Fu Panda… after all, it is light entertainment, but if I could have~~ How about Ponyo on the Cliff by the Sea? I know it’s probably being released this year in America, and it might be nominated for next year, but if I could~~~ Ponyo deserved that spot over Bolt any time. And if cuteness factor matters, Ponyo is wayyyyy cuter than Bolt. 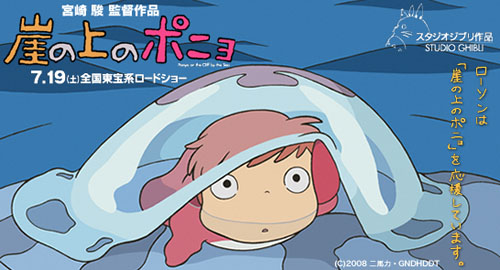