Most often than not, there’s a lack of foreign films in the Animated Feature (and in any other) field~ So how many times must we pass over great animation (not only for kids) to open our eyes? I started out with a qucik search for 2006 released animation (because I was discussing that year with a friend), but that didn’t do anything except make me skim through an article stating that “2006 was a great year for animation” – NOT! That there were 2 or 3 animated (3d CG) films each months totaling more than a dozen films of pretty much crappy quality… and if they were lucky they were worth a straight-to-dvd release is NOT a great year for animation. That just makes it a great year for movie business…

2006 was the year I began hating 3d animation, because everyone seemed to be releasing their 3d films JUST to cash in.

I ended up at the Academy Awards site to search all animated films nominated since the category began in 2001 with Shrek (the original not sequels) won. I also ended up on IMDb and their ‘Power Search’ tool to search for animated films with feature releases from the year.

The three Animated Feature film nominees were Cars, Happy Feet, and Monster House – ending with Happy Feet winning, and finally Pixar’s animated realm ending. LOL’ Despite Monster House’ story and all you could point out that is good about the film, doesn’t help with the fact that I didn’t think animation was at its best.

I was thrilled that Happy Feet won (more so because I chose it for my yearly Oscar contest), but also because I thought Cars was terrible. I didn’t even find it funny, entertaining or touching… Pixar animation and texturing is always quite good, but this time I hated the way it looked like a modern (much more quality) version of Jay Jay the Jet Plane which shows on Pre-scholar Discovery Kids. UGH.

At least Happy Feet, I thought, was funny, animation was pretty great, and penguins mantain a nice balance of almost real, but cute and human-like characteristics. And I was one of those who rolled their eyes when the first trailer came, I thought they were totally cashing in on March of the Penguins~~ LOL 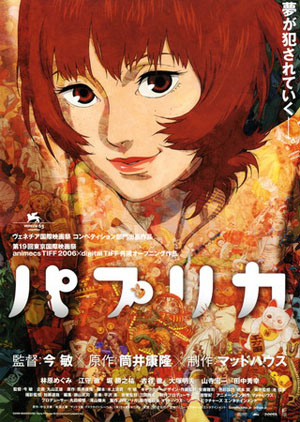 Anyway~ from my IMDb voting, I got a few 2006 animated films that were totally left out and perhaps fit even nicer than Cars and Monster House as nominees.

Tekkonkinkreet – TOTALLY deserves to be up there with the best animated films of that year. It has great dynamic animation, styling… OH MY GOD those backgrounds and layouts – superb!. Voice acting is also quite good, and the whole film took a LOT of work and hardship to make~~ even MORE struggle that any of the other animated films nominated that year. Also, as many Japanese films… this is an ADULT animated film dealing with violence, a bit of sex, the yakuza, the corruption… but most of all violence. However, it also deals with innocence, and love…

Paprika – Another adult animated film dealing with the dark side of the mind and human nature. It’s got crazy wicked animation with loads of weird looking characters and situations, which include a group of psychoanalysts that deal with their patients with a machine that lets a person enter their patients’ minds.

ANYWAY! After that rant, I went over to look at the past winners and nominees…

Though I liked Shrek – Monsters Inc. should’ve won, it was technically better… and even storywise, it was at par with Shrek’s. Now that that’s out of the way~~~ Jimmy Neutron???? REALLY? When Spirit Away (Sen to Chihiro) was released on 2001??? – I know Spirited Away was released the year after and won, but Metropolis was also released on 2001. Even Cowboy Bebop the Movie was released that year – this is why I think this “must be released within this range of time in the United States” business is BS. 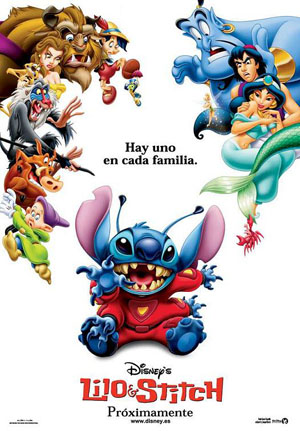 I am sure that with a bit of more work, Jimmy Neutron wouldn’t have the chance to market itself as “best animated film nominee”.

I think with the exception of Spirited Away being included this year, isntead of last… this is a pretty average year for animation. I really enjoyed all of those four other nominees, I’m one of the few who enjoyed Treasure Planet, as well as Spirit: Stallion of the Cimarron.

Finding Nemo, I really liked~~ and I really fought to watch this. The first time I tried to watch, the theater played Pirates of the Caribbean instead~~~ Anyway, I think… my brain is battling it out if Finding Nemo should’ve won, or if Les Triplettes de Belleville did. I also enjoyed Brother Bear, but you know…

Who could’ve been there instead of Brother Bear? Satoshi Kon’s Tokyo Godfathers… or maybe, you know~~~ The Animatrix. The last one, though a series of animated shorts… animation was crazy good. Maybe not much on the 3d-lets-make-it-look-like-real-people-like-in-Final-Fantasy style, but segments like World Record, or Kid’s Story – Gosh, I must watch that again some day soon~~~

I must admit I’m one of those who did NOT enjoy The Incredibles as much as everyone seemed to have enjoyed. I do admit that I enjoyed it a whole lot more when I got to see it in English, instead of Spanish. So for me, 2004 was a so-so year for animated films… Shrek 2 I did find kind of funny (which my mother did not, and she thought the first one was hilarious), and I don’t think Shark Tales was really any good~~

So perhaps Howl’s Moving Castle instead of Shark Tales? Though I didn’t fully enjoy that Miyazaki film either, but at least is superior to Shark. And in the end this was included the year after… so~~~ hmm, Steamboy? It does have crazy detail in the film… but not as engaging. Also, I had to see that DUBBED… in English nonetheless!! and I hate English-dubbing because I think it’s a very underdeveloped industry in the region.

Who do you think should have been nominated and won in this category?