I don’t mean it like putting on music, and shake my butt in a Cameron-Diaz-on-Charlie’s-Angels kinda way. That’s funny dancing, I like funny dancing fine.

I’m talking about the graceful interpretative dancing, or the crazy ballroom dancing people do. So You Think You Can Dance is my guilty pleasure dancing show. It’s pretty good, I think that’s the show I’d be less guilty for watching.

But I do love So You Think You Can Dance. xD

Two. I have a love/hate relationship with hair. I love crazy looking gorgeous hair. If I had a more easy-to-do and/or more patience, I’d do crazy stuff with my head. But hair also grosses me out… freakishly-long wet hair grosses me out the most [eg. The Ring #2]. 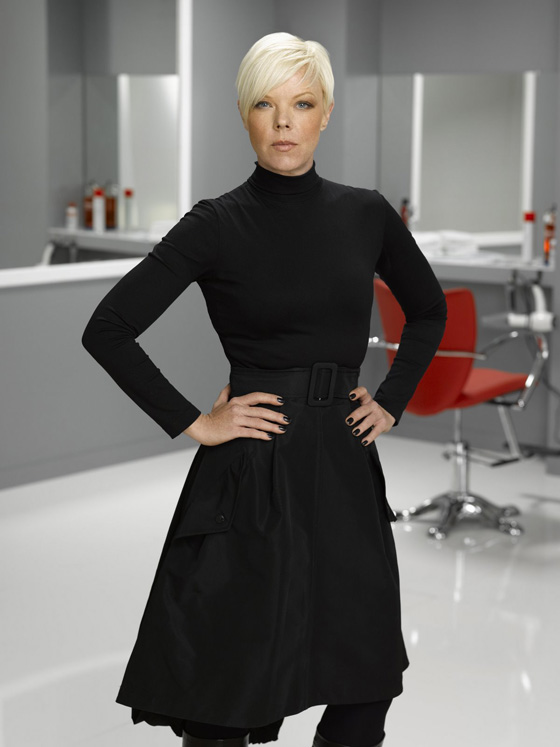 I’m aware Shear Genius is not a very good show. The judges are lame, the host is a bore, while the contestants border on annoyingly… usually bitchy. But I find hair fascinating. And Tabatha Coffey [pictured above] is pretty awesome, and her hair is so so SO pretty.

TV’s showing the 3rd season of Shear Genius, and Brig Van Osten struck me as nuts, but between all contestants I would choose her to do my hair, trusting that I wouldn’t end up with an old-lady do.

Nobody in my family knows or is aware that I can actually do some cooking. Shh. That’s a secret between me and you. I had to while living away, watching cooking shows, and reading online. I have also learned to eat well, and choose combinations. But I don’t like people knowing because then you gotta prove it. And cooking for the family, PLEASE – that’s a nightmare.

But I love cooking shows. And I love Chef Ramsay, that jerk mother effing. He reminds me of my uncle. 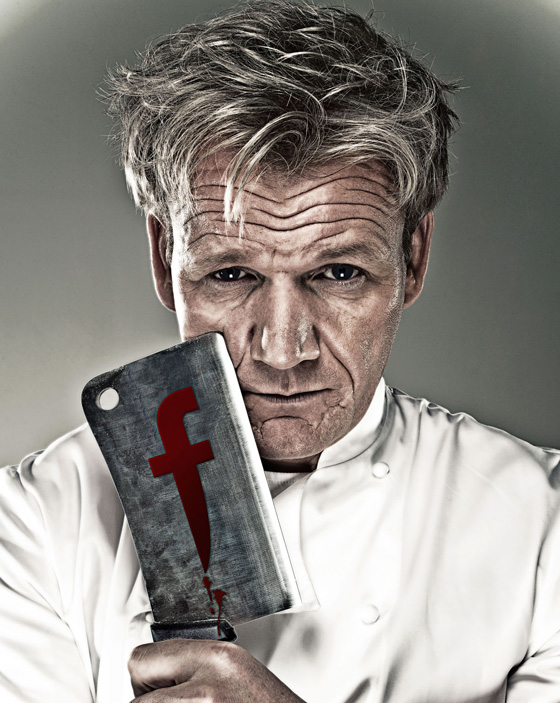 I watch all his shows on BBC Entertainment, including The F Word, Ramsay’s Cookalong… the repeats of Kitchen Nightmare on Fox Life, and I think they even show Hell’s Kitchen on A&E.

Sure, I also watch Anthony Bourdain’s show, and Andrew Zimmern’s Bizarre Foods. I’ve also gone through Giada de Laurentiis, who’s got an uncanny and unsettling resemblance to Natalie Portman, then Rachel Ray… Jamie Oliver, and many other dudes and dudettes on The Food Network than I care to remember.

And I even dig a bit of Argentinean Narda Lepes. The only Latin American chef with a show for whom I would actually stick watching her program if I ran into it.

Now, your turn. Favorite reality show guilty pleasure (or not).