The blog C’est la Gene had an article posted a while back during the release of Nine, titled La Plus Grande Actrice du Monde. That’s a big name to uphold… but you know, in honor of the positives reviews that Kidman’s Rabbit Hole has received, and for getting picked up by Lionsgate for distribution and entering the Award race, I decided to take some time to “translate” and dust off on my French. 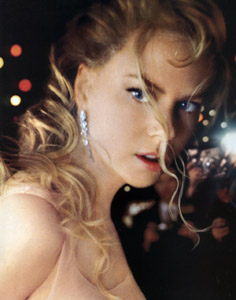 The Greatest Actress in the World

Nine will finally be released in a week in this damn country. The world has their eyes set on Penelope Cruz and Marion Cotillard, and I want to point out to the world that this film also includes legends like Sophia Loren and Judi Dench. Okay, it’s true that Sophia Loren looks like the Queen of lizards from V planet, and that Judi Dench doesn’t have a chance to going out with Javier Bardem nor Guillaume Canet, but that indifference is for all those who have the bad luck of going over the age of forty, it makes me sad. Because there’s an asset, in Nine, there’s also the greatest actress in the world.

And yes, nowadays,when someone begins to talk about the best actress in the world (a civilized being, not a hick who mentions Megan Fox), there’s only two names that come up: Meryl Streep and Cate Blanchett.

I don’t say anything against La Streep being a goddess. Her talent is unquestionable, her filmography is rich on memorable roles, and her likability quotient is almost supernatural. But after ten years in which she’s reigned unchallenged on top of the Hollywood food chain, how many of her performances have made a difference? Personally, I count no more than two (Adaptation, and The Devil Wears Prada), one in a film that’s far from a masterpiece. And for these two picks, we can add great roles in The Hours and A Prairie Home Companion, badly calculated characterization (Doubt),scandalous over-acting (It’s Complicated, The Manchurian Candidate), rough caricatures (Rendition, Lions for Lambs), apocalyptic bewilderment (Mamma Mia)? Let’s be honest, it’s been a long time since Meryl Streep has needed to be good for the entire world to feel ecstatic with her genius as evidenced by her sixteenth (!) Oscar nomination this year for the rather forgettable Julie & Julia. We can finally admit that next to what she is today, Jack Nicholson almost passes as a subtle actor? So actress of the decade, surely not.

More surprising still is the total absence of objectivity when talking about Cate Blanchett, who doesn’t have the seniority and Streep’s past successes. It’s true, Blanchett has the body and the charisma of a queen, and a unique talent, but since her career debut, her good roles can be counted on the fingers of one crippled hand. Elizabeth I, Katharine Hepburn, Bob Dylan. To which we can add a delicious guest on The Talented Mr. Ripley. The rest? Fancy showings (The Lord of the Rings), interchangeable performances (Babel, Benjamin Button), blatant casting erros (Notes on a Scandal), plantades (?) of confirmed authors (The Life Aquatic, The Good German), poorly controled Oscar-bait (The Shipping News, Elizabeth: The Golden Age), and complete disasters (Indiana Jones and the Problem of Whatever). I just admire Cate Blanchett, but her career choices leave me on ice. 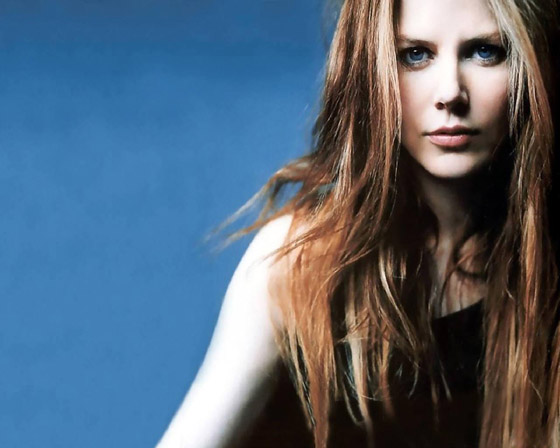 Which actress, of today, can boast of having been immortalized by the greatest filmmaker in the world? And having had the last word of his -mytical- monumental work?

What actress was the ultimate incarnation of the ravages of television, unbearable pitcher ambitious brushed with cruel humor in the most enjoyable film by Gus Van Sant?

Which actress, transformed by the great Jane Campion, was vibrant with desire and sensibility, one of the most unforgettable Jamesian heroines of cinema?

Which actress has reminded the world that the word STAR meant a thousand sparkling lights inside the delirious masterpiece that has revived the musical?

Which actress has revealed the extent of her talent living in the damned soul, as terrifying as it is shocking, the most beautiful ghost story of the decade?

Which actress has exceeded the combo biopic-makeup-disfigurement to take over Virginia Woolf from within with a shattering intensity that won her an Oscar?

Which actress has dared to give her body and soul to a madman, the most dangerous of all directors, for a radical project that no star of her calibre had the audacity (or desire) to try until then?

Which actress has never been afraid to embody basically unlikeable characters, when a film or an auteur is worth it?

Which actress has taken as many risks on experimental projects. in which even failures are still captivating?

What actress, in a phenomenal close-up of several minutes, managed to express a thousand emotions in a second with a breathtaking clarity, in a secret masterpierce that contains one of the most extraordinary performance of the decade?

There is only one, and perhaps the most critized actress, the most despised and most hated today. Not every day is easy being the best.