2. A Movie More People Should See 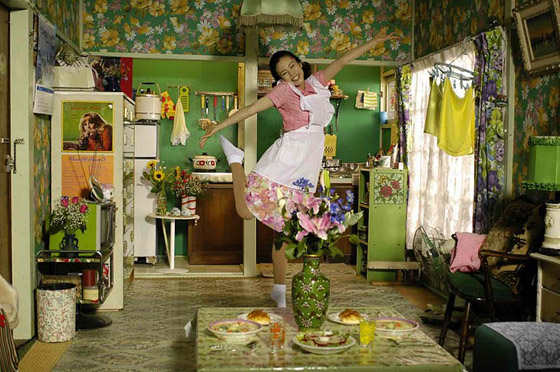 Memories of Matsuko (aka. Kiraware Matsuko no Issho), directed by Tetsuya Nakashima. I saw this by chance about 2 years ago, and it’s climbed up to my #3 spot of favorite films. xD It’s like a fusion of Sin City with Amelie — yeah, if that could happen — and with Moulin Rouge!. There’s loads of style, loads of music, loads of drama. Big Band goes Cabaret, with Hip Hop, and slow jams. There’s a bit with animation, and very Disney-esque sequences but on LSD. Yup, that’s how I always describe Nakashima’s film-making style.

3. Favorite Oscar-nominated Movie from the Most Recent Ballot

4. A Movie that Makes You Laugh Every Time

The Sweetest Thing. Ah… I just had a laugh looking for clips to post. xD

Talk about I Don’t Wanna Miss a Thing ubiquity.

5. A Movie You Loathe

Knocked Up. Ugh. And all those films like Bruno, Borat, Superbad, and all the comedies that seem to do really well in America. My cousins and I just don’t get them. My family keeps referring to them as “American Humor“. And LOL, my French teacher hated it more. xD