What Are Good Lyrics?

Ah… English, such a direct language. I often have discussions with people about the nuances of the different languages. Friends tell me that French and Italian are great for flirting, and my mom keeps telling me that different dialects in Chinese have so many words to describe food flavors, impossible to describe in Spanish or English. 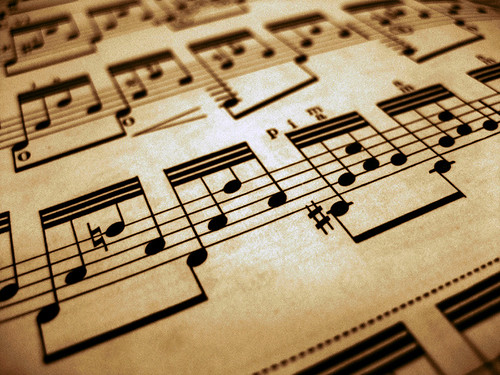 However, what about songs?

My favorite songs, my favorite artists in English — 99% of the time, I try not to find the lyrics any longer. Whenever I have enjoyed the songs, looked for the lyrics, 90% of the time I’ve ended up disappointed.

My first language is Spanish, however, I often find myself thinking in English – so, whenever I listen to music in Spanish, my brain begins translating lyrics into English. The repertoire of songs that I actually like in Spanish tend to be songs that are hard to translate literally into English.

Take Peruvian songwriter Gianmarco as an example. Despite what some people may think of him, he’s actually a pretty good composer and lyricist. His song Sortearme en tu Suerte doesn’t have a literal translation in English – Sortear is not used with the suffix -me as a referrer of the first person. Sortear means to raffle, to leave it up to fate. So the actual translation would be “I want to leave myself up to your luck” or considering the sassiness of the lyrics, it could be translated to “I want to toss myself in your luck”.

With a chorus that says:

Spanish song lyrics tend to be overly-dramatic and passionate, a reflection of the culture — a reason why they have different words to refer to girlfriends and boyfriends, and the many words to say I love you, I like you, I want you. Even simple songs in Spanish like Shakira’s Tu (You) sound different in an English translation.

/Because you’re my sun
The faith which I live with
The strength of my voice
The feet which I walk with
It’s you, love
My wanting for laugh
The goodbye I’ll never know how  to say
Because I won’t be able to leave without you

Comparing those songs with newer or more popular songs, you certainly feel the influence that English lyrics have here with groups singing about love and wanting. Similar things happening to songs in languages like Korean, Japanese and Chinese – Korean being the most influenced by music English in terms of themes of loving and wanting someone.

Japanese music have a certain quality of talking about the seasons and the old times with an old lover, about wanting to meet with someone under the sakura tree. It’s common to listen to Enka songs talking about old letters sent to parents, or the time you spend with your lover watching the summer fireworks. Japanese pop is making a shift towards more commercial pop about wanting and loving someone or even senseless themes. 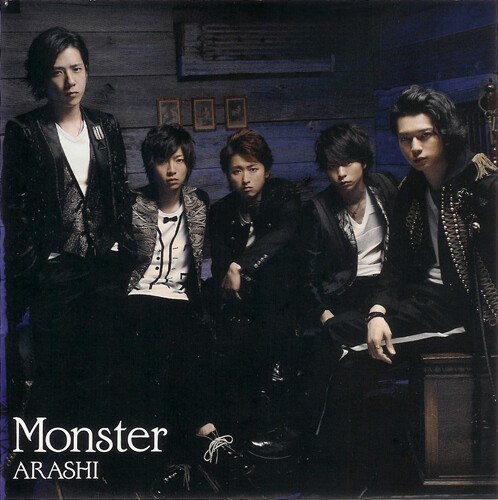 (Just one) Your hands, (two) the hands of love.
(Three, four & five) I want to hold it while I sleep.
I was born because of you, stay close to me until dawn breaks.

Even if all my memories would be erased, I will look for you again once I’m reborn.
The physical appearance doesn’t matter, hold my heart.
In a full moon night, you have found a monster.

Or the sweet-nearly-gag-inducing My Girl

I want to kindly say thank you wherever you are.
Even if we are far apart, the future will be full of memories.
When I close my eyes, I remember the time I spent with you.
We continue to share the same memories that gently giving us some warmth.

Sure, how can I forget boy band NEWS and their song about blood types, Koi no ABO? Playing with the Japanese cultural reference that you can tell what people are like as couple matches in regards of their blood type. 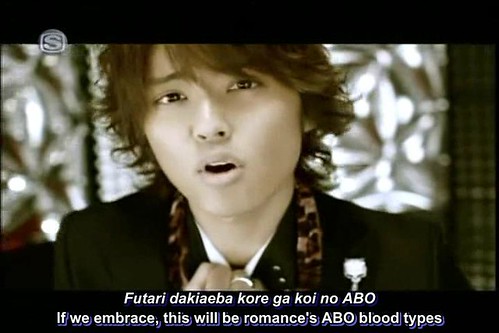 Hey! A
Believer of formalities
Hey! B
A ‘my pace’ leader
You’ll think that fortunes that tell your affinity are wrong
You’ll just take it as it is, won’t you?

Pop your hip and just dance
If there’s a hit song,
Get high with it
Such a cute smile,
Go up to the stage

And how about the Chinese music scene?

Do pop acts pushed by production companies to be the embodiment of sexy and cool, package over talent mean China’s music machine that thrived in talent and variety will begin deteriorating like other music scenes around the world? Will variety soon be extinct as only one genre becomes popular solely based on image and that famous “it” factor? As the Cpop scene begins churning pop acts that begin singing modern songs, which Han Hong calls “vulgar.”

Will poetic songs about one’s city, or one’s memories of a season be chucked out in favor of songs about feeling funny inside when seeing the person you like, humping someone, kissing a girl and liking it just for the fun of seeing a guy making funny eyes?

YAM – where is the cpop scene going?

There’s a brand new batch of Chinese pop idols much more influenced by American musicians, and even with experience in the Korean music scene. Will they be able to infuse their music with the good aspect of each industry, and avoid the superficiality of each?

4 responses to What Are Good Lyrics?