MSNBC did an article of who could be the next Jodie Foster. Crazyness! LOL’ Their Top5 picks are okay, I guess… but really, the names on the poll. Don’t really dig a few of them. I mean, my respect to Emma Watson, Camilla Belle, Jena Malone, Amber Tamblyn, Clea DuVall… and etc. But Jodie is THE Jodie, LOL’ xD

*EDIT*
Must clarify, the names mentioned above are okay… but Kristen Bell and Kristen Stewart? Pfft

Their Top5 (dunno if by order, though) are:

Now, I heart Ellen Page… Junoness, and Hard Candy. LOVE. But the next Jodie Foster? Not sure… my dad certainly could agreed on that. He told me so, isn’t that cool? Does any of you get to discuss Ellen Page’s Junoness and Hard Candy’s acting ability with your parents?

Evan Rachel Wood, I was the biggest ERW fan pre-Thirteen, during the Once & Again era (Pre-Mischa Barton Kiss, people), and I was fanatical during Thirteen, but haven’t really been wowed again by Wood’s projects. Sure, Down in the Valley was average, as was Running with Scissors. I even enjoyed King of California and Across the Universe. I’m sure keeping an eye… but just a watching eye. And the Marilyn Manson thing? Ew. 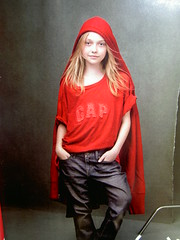 Saoirse Ronan. One of the best parts of Atonement for me. I mean, forget Keira… we wanted MORE Saoirse in there. Sadly, I’ve only seen one of her performances (and I’m even too lazy to check if she’s got any other projects prior Atonement). So, no comments.

Dakota Fanning, she is kid acting royalty for me. LOL’ I’ve never LOVED her characters, but I’ve always been wowed by her. I Am Sam, left me open-mouthed because she was so little and so grown up. I certainly forgot she was a kid, and saw her as an actress since. Man on Fire, even not-so-good Hide & Seek… crazy acting that girl. And how about that nutz over one of her latest projects? Me wants to see that film. 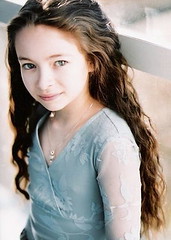 One response to The Next Jodie?