Distribution: Chinese Films to Open on Same Day in North America as in China 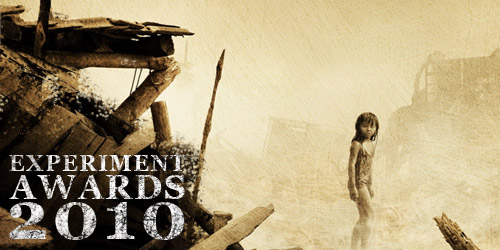 Film Business Asia is reporting that China Lion Film Distribution has made a deal with AMC to release Chinese films in the cities with most Chinese demographics in the United States and Canada the same day as the films open in China.

Now, that’s how you do distribution.

Sure, Hollywood’s kinda getting good in World Premiere business, but only the big-studio stuff. We actually have to wait a ton for a theater release, or the release of the DVD to catch a film that’s not mainstream. The Chinese film industry lacks distribution — only films that get distributed in the US, get distributed in Latin America. The last Chinese film I saw at the cinema was Curse of the Golden Flower~~~

So with this deal, China expands that ever-expanding Chinese film market with hopefully more than just Martial Arts Films and/or Arthouse Films. And HOPEFULLY, this will mean more Chinese films down here as well.

So guys! Get ready for Aftershocks (aka. After Shock) kicking off this new deal on October 29th in the cities of  New York, Los Angeles, Chicago, San Francisco, Washington D.C., Houston, Boston, Seattle, Toronto and Ottawa.