Anyway, back on topic- the first LGBT image that I remember was, of course, Jack McFarland.

Don’t be so shocked, Jack.

Speaking of fiction, that’s my first LGBT memory. Or maybe it’s just because Jack can cause such an impression, even if in real life I might be a lot more Will… which somehow explains me doing their Everybody Dance [1] number with a friend at school (and possibly disrespectfully in the long stairways of the Sun Yat-Sen Mausoleum with another friend. Highlight on the “disrespectful” part.).

Post-Will & Grace, I had also seen other LGBT characters in the likes of MTV’s Undressed (does anyone remember that show?), and there was probably some LGBT person in some random season of The Real World. However, none of them was important enough to, you know, spark my curiosity. I mean, I grew up looking at the likes of La Chola Chabuca (who is my favorite, even if I don’t like the direction of Ernesto Pimentel’s career), Coco Marusix, and Naamin Timoyco, who were constantly on my television as a child. 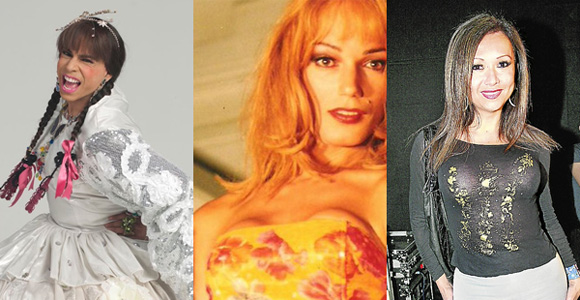 Whether or not watching Marusix and Timoyco in scarcely-clad dancing costumes was appropriate for a child or not, they were part of my growing up. Ernesto Pimentel was part of our daily life and has become a staple of Peruvian pop culture — dressed in drag as his character La Chola Chabuca which rose to fame in the mid 90s. During the late 90s, it was revealed that he had been in a relationship with dancer Alex Brocca (who passed away due to AIDS) and that Pimentel had tested positive for HIV.