There’s been a recent item talking about Gou’s lowering ratings, and mostly pointing out Juri Ueno’s miscasting or her lacking experience in period dramas.

Of course, I cannot form an opinion on whether Juri’s use of Japanese is appropriate for the era or not, and neither are most of us. However, I do understand why it would turn people off.

I cannot for the life of me, however, understand why would people say they don’t understand Juri Ueno playing a 10-year-old version of Gou, when for the past few Taiga dramas it’s been used. I just began watching Taiga dramas just a few years ago, and I do understand why it would throw people off. It’s weird to you, I get it.

and obviously, Aoi Miyazaki (and Eita) played little kids early on Atsuhime, as well as playing them as 40 or 50-ish year-old people.

Also, I want to admit it. I don’t feel passionate enough about Gou. I love Juri, Asami Mizukawa and Rie Miyazawa, I do. But I’m not feeling the story. The three sisters, though they married very important people, feel like simple pawns in the story instead of being the players. 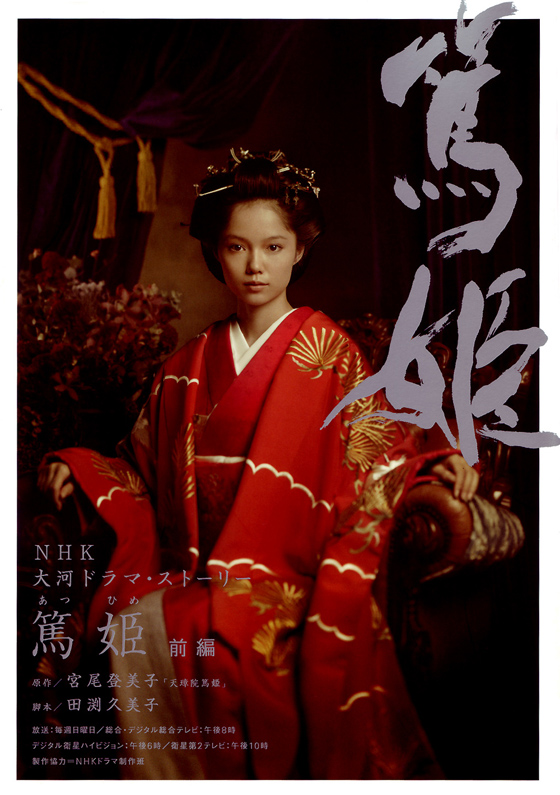 It felt different in Atsuhime.

They made Atsuhime interested in history, learning, and go strategics. She was constantly sent to places, and did things on her own to change her purpose in there. In the show, she was sent to be able to control the Shogun, to disintegrate the Ooku… yet, when she marries into the family, she sets to protect her new family. It’s conflictive.

It was engaging. It was good.

And this is me telling you I like Juri Ueno more than Aoi Miyazaki.

Plus, you don’t need to be a kid to play a kid convincingly.