Sorry that I didn’t post last night! Olympic fever is madness~~~ My YesAsia order arrived yesterday! Sugoi NE! Photobook Fever at its MAX~~~~~ I devoured Dandelion, you wouldn’t believe it. I saw the photos, swooned over many of them, and went mad with super concentration to try to read. Because, as you know, Amy doesn’t read Japanese. 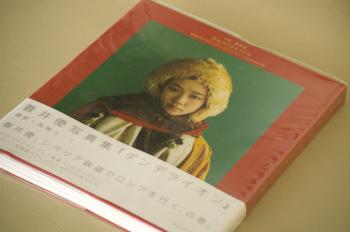 Photos of the photos ahead! Like before, I doubt I will be posting scans… support Yu, people! ^^

I think Dandelion has way cooler photos than Travel Sand, because I just love all the fabrics and textures Yu Aoi was wearing in the photos due to the EXTREME cold weather. I only missed the old format of having handwritten letters from Yu~~~ there’s just something so personal about seeing the handwriting. However, I totally understand that typed content is easier to read… 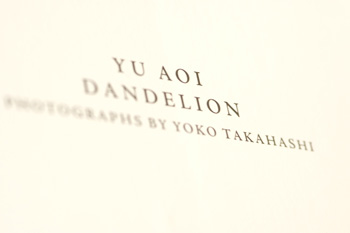 Title of the book is on the first page, just after the blank page~

**EDIT** (9.15pm) – Here is what I found out~~ Please, leave a comment to correct any info xD – Khabarovsk, Siberia, Irkuts, Buryatskaya, Archamps, and Vladivostok. See, don’t know any! xD 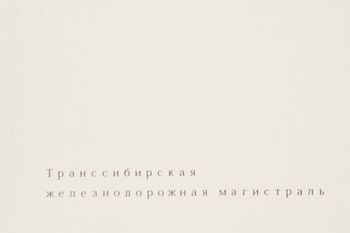 Can anyone read this???? Translate help?

Also, it was VERY cold, and Yu will show you… though I think she was crazy. See for yourself~ 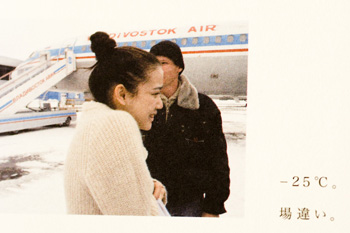 And look at all the “it’s so freaking cold” instances~~~ Like REALLY COLD! 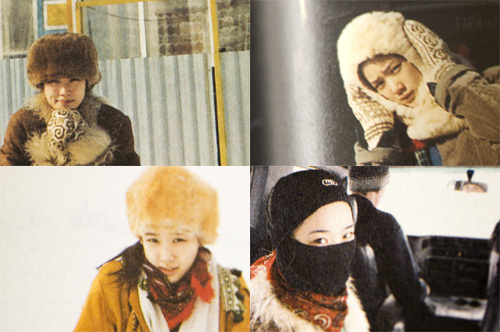 Photo#4 seems like Yu is about to mug someone. LOL xD

Yu also has a NIFTY camera… we need more photos taken by Yu. She’s got a nifty 8mm, which she shows off in a couple of shots~~~

Also, do Russians use chopsticks??? Coz there’s a photo of Yu eating Russian food (and more MORE eating) with chopsticks~~~ did she carry hers around?? xD 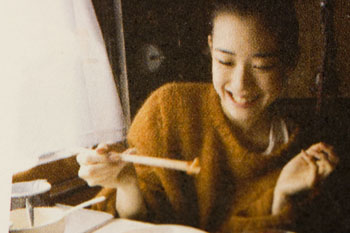 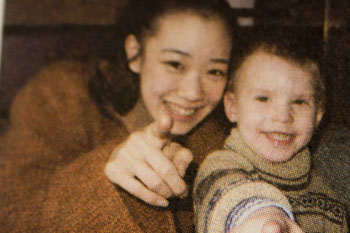 Also… Yu and Yoko-san decided to play around with Inu-chan (dog)~~~ a tiny dog xD – ALSO! Yu decided to channel a Travel Sand pose, and then I think Japanese tourists recognized her, so she ended up signing some autographs… Yu Aoi in Russian~~

On the left- Yu and Inu-chan. On the right- Yu and Yoko-san… probably trying to get a photo.

I think (cannot read Japanese, remember??) Yu ran into some Japanese (hence the Nihonjin part) tourists that recognize her, so she signed some autographs with her name written in Russian~~~ Hence the AOI YU wa ROSHIA go de part xD 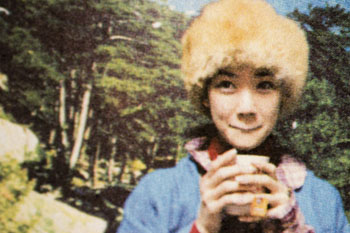 Yu channels, here,drinking a shake in Travel Sand, only this time is colder, ha! xD

22 responses to Yu Aoi – Dandelion by Yoko Takahashi – rockin’ on