Welcome to my personal contribution to YAM Magazine’s LGBT Blogathon. 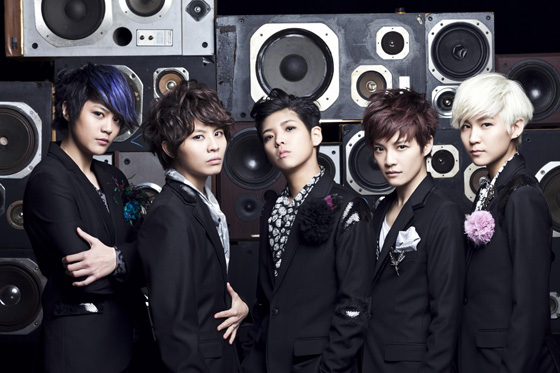 In this particular post we will be talking about Taiwanese boiband MISSTER, which I have already talked about on this MISSTER 101 post I did a while back.

Unlike the rest of the world, who have shunned dancing boybands (and girl groups) for more “rocking” affairs or idols who can’t dance at all, Asia is still a place where such groups have flourished for the past decade. The pop music industry is alive and well there, over-saturating our ears with danceable sugary pop tunes sung by idols that look so polished that it hurts. 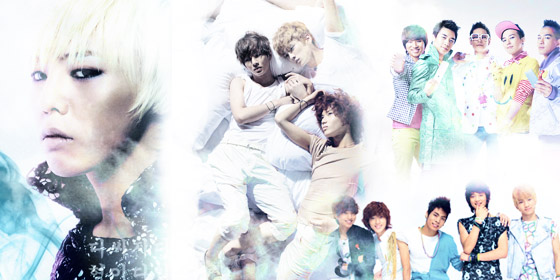 Though many of these boybands sport “not so manly” looks, it is interesting to see that many of the Korean ones make their fandoms EXPLODE whenever they perform songs generally performed by girl groups [1][2]. A vast majority of their fans love how gender-bending these groups tend to act, and slash fanfiction (about real people — weird, huh?) flourishes.

Hello, Taiwan and your idea of presenting a girl group who looks like a boyband and is targeted at girls who like boybands who can look like girls… and we all love it. 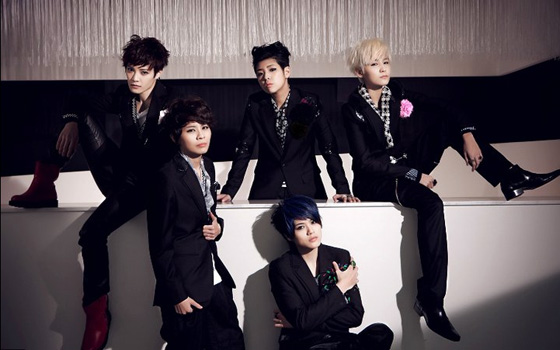 MISSTER is, in essence, a group that is fulfilling a gap in the market so who are we to not let them exploit it when it comes with such gender-bending ideas.

The girls, who could pass as very effeminate boys, have — at quick listen — a deeper voice than your generally chirpy girl group. They were tuxes, and are never seen sporting any girly attire. Their music videos are also running that fine line of general sexual ambiguity, with their debut single Bomb Bomb Bomb [MV] just being a dance pop video like any other boyband (since it was Korean boyband SHU-I’s song), followed by the super ambiguous Super Lover, which the official description said has “MISSTER members, as members of the True Love Club, urging to revive Maggie Wu’s trust in love.”

The group tried to play it down once more on the next single Stay [MV] with an underlying heterosexual storyline playing over the groups singing in stylish androgynous clothing, but the video for Iron Man gave us the most “bluntly” lesbian-themed story where MISSTER member Milk (Niu Nai) takes the lead.

Though, MISSTER obviously is targeted at women (who either wanna do them, be like them, or both), none of them are openly gay. However, they love to tease their fandoms with some gay~ 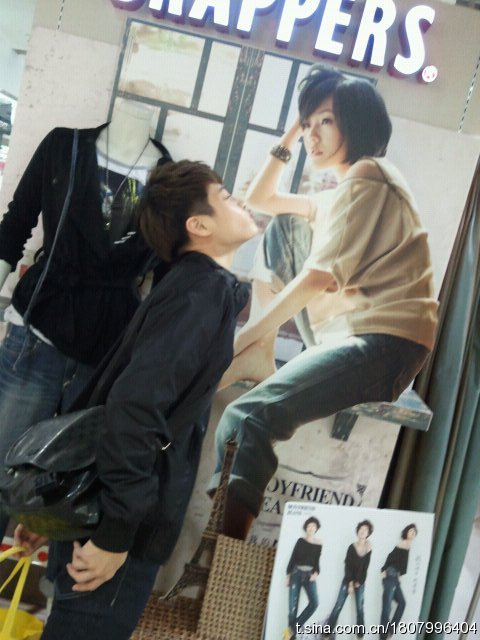 Whether you like their music or not, or whether you like the idea of the Taiwan music industry using androgynous girls (who might or not be gay) as a marketing strategy, you gotta commend the whole concept that potentially opens the gate for more of that. Whether they’re gay or not doesn’t matter… or shouldn’t matter to us, but what matters is the industry targeting and recognizing the market exists outside the concept of “lipstick lesbians making out on sexy music videos”.

What are your thoughts on a boyish girl group?

Do you know of any similar groups?

We have the notion that Asian countries are pretty closed-minded, are you surprise MISSTER came from Taiwan?

MISSTER member Chris — who happens to be my favorite *wink* 1st runner-up on the Mr. Androgynous competition (fellow member Chiao placed 1st) — has a (Asian) stylish boi clothing store called Mr. Rich — which reminds me that Taiwan seems to be filled with boi-styled clothing stores.