It’s day 3 of the Wildgrounds Japanese Film Blogathon! And seriously, I am running out of okay topics to write about, but some of you guys are writing more than one post a day! You guys are non-stop!

First, with the sponsoring~~~

Toma-Uno joined the blogathon with their post on Satoshi Kon — sorry, only in Spanish atm. And since we’re discussing Satoshi Kon, the guys at V Cinema contributed with their podcast on him, plus! A look at Twenty-Four Eyes (aka. Nijuushi no Hitomi), as well as various film reviews… including One Million Yen Girl!

Which reminds me… I haven’t done any Yu Aoi Film Discussion posts in a very long while — just checked, it’s been nearly a year, and it’s been because I wanted to hold-off until I had seen any of her films released this year… or any non-sub film with new subtitles…

But moving on, today’s topic is~~~ 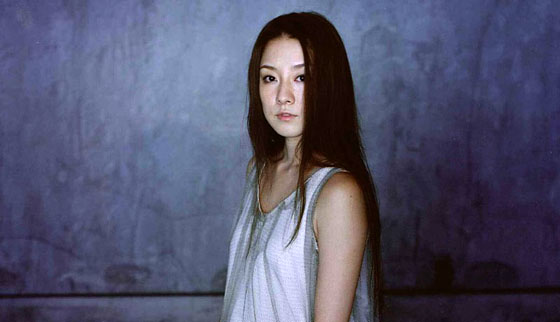 I recently caught Bandage, as well as Solanin and as much as I can like Aoi Miyazaki, I was more interested in paying attention whenever Ayumi Ito was on screen as an ex-drummer from a 90’s band turned band manager or just Miyazaki’s can-smasher friend.

I always sort of figured Ito was 20-something, but then again… I suck at math. The first time I ever saw her was on Shunji Iwai’s All About Lily Chou Chou as the quiet piano-playing student who gets raped. It was brutal, and she fought back to no avail. And instead of disappearing, she showed up defying in school.

Of course, Iwai-san had worked with Ito in the more fictional Swallowtail Butterfly — and subsequently in Hana & Alice too, and I guess Bandage as well — where she played the abandoned but good-nature no-name then renamed Ageha. At that time, Ito seemed to be blossoming as an acting idol, peaking in 2004 with nearly 10 film projects… and then her filmography began putting out two titles a year.

Since Ito doesn’t seem to be your average “idol persona,” I haven’t read anything on her personal life on Japanese entertainment news or blogs, and no one seems to bother translating articles if there are any. To me, she’s a mystery. If she stopped working because she changed agencies — which she seemed to have done — or if she went to study somewhere, or if she got married – I have no idea.

I would understand choosing to do a film or two a year, if she were headlining a title. Being the star of a film is tough work… promoting it, photoshoots, interviews. It’s all very exhausting… but playing Aoi Miyazaki’s friend? Besides she was barely in that movie~~~

Ayumi Ito is on the same agency as some of my favorites – Tadanobu Asano, Ryo Kase and Rinko Kikuchi, so it’s not like it’s a bad agency, right? Asano is set to appear on that gawd-awfully hyped Thor film with Natalie Portman, Ryo Kase is appearing on that Gus Van Sant film Restless… and Rinko Kikuchi, well~~~ she’s been getting around with Spike Jonze, but I’m sure she’s got stuff lined up.

Anore, get your stuff together!