Continuing with posts on main titles, this is Desperate Housewives by yu+co

Check the yu+co link for a better resolution one.

What’s so cool about this title sequence is that it’s simple. Women from famous paintings as housewives. At the time, it was giddy for anyone taking an art history class. Plus, it captured the essence of the show.

Frankly, I’ve stopped watching the show… and I think they’ve stopped playing the intro last last season. But it still brings back memories of better Desperate times. The last season I bought on DVD was when they did the 5 year jump. I’m going to pretend the show ended there.

END_OF_DOCUMENT_TOKEN_TO_BE_REPLACED

Main Titles that We Love: Dexter

I was missing Dexter!
So instead of watching the show, which would require me 13hrs of my week for just one season, I decided to look up for the Main Titles done by the awesome team at Digital Kitchen~

There is something very attractive about Michael C. Hall. Or maybe Dexter? LOL Anyway, he’s a sexy beast xD full of quiveration, I’m telling you~

Forget the Film, Watch the Titles just posted the opening titles for Splice, that film by Vicenzo Natali with Adrien Brody and Sarah Poley… which I am dying to see. 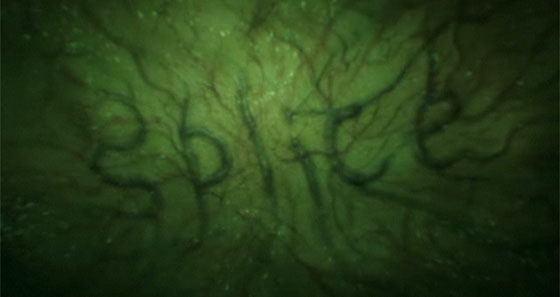 While watching the titles [you can WATCH IT HERE], was anyone else reminded of Ang Lee’s Hulk? You know the whole genetic experimentation business… and it’s green. LOL I am one of the few people that actually liked that movie, aren’t I?

I have a slight suspicion that this will get a Best Visual Effects nomination this year, definitely a candidate. It looks fresher than Iron Man 2, you know since it’s not a sequel. Like I said, dying to see.

I dunno what this is… title sequence, music video… or just a way to show off rollerbladers xD, but it’s kinda nifty that works any way it wants to work. I love watching the X-Games on ESPN. I used to rollerblade when I was a teen, but now I’m just a chicken shit. xD But still love to see people flying~~~ xD