Mamamoo has been delivering all weekend, I’ve been emo all weekend. [I also finished watching Meri Pyaari Bindu, and I was not ready, yo~ Extra emo] I’ve become that kinda fan, tho. LOL The one that finishes work on time for music shows broadcasts, and sets alarms for VLive sessions LOL I’ve set up repeat YouTube playlists and I’ve been checking the charts every few hours. I pre-ordered my double-album (because duh! SUN-BAE-NIM leader-nim said so LOL [truthfully, though, I did that before she said it]), I’m still waiting for it to be shipped (foes of international, farthest away regions) AND I also bought the album on iTunes.

Confession! On teasers and first few listens, Yes I Am [MV] wasn’t my jam. Now it is. It’s kinda how it was with Um Oh Ah Yeh and You’re the Best— those live shows get you going. Have you see the Music Core one? It’s already been subtitled, fan chants and all, BLESSED! Thank you to whoever did that, y’all really take care of us.

AZEGAG, however, damn~ that’s my jam.

I’ve been so emotional this weekend, and got more Emo for the anniversary xD

I always give a special shout out to all the people involved in MamamooTrans, who do an incredible job at keeping all non-Korean-speaking iMoomoos up to date. Without them, getting to know Mamamoo would be a thousand times more difficult and not such an amazing ride as it had been so far. VLives, clips, interviews, and most of all, fan meetings. Thank you guys for spoiling us as much as Mamamoo does.

As Mamamoo prepares for their comeback this week [Praise the L0rd! But let them succeed!], I’ve been getting my fix with Moonbyul on IDOT. I’ve been loving the girls in IDOT, but specially Somi and Seulgi and D.ANA. And now their Immortal Song performance, their most recent VLive [Did you guys stay up or woke up earlier for it?]. I am ready for the 22nd.

I already pre-ordered Purple — the double album version, I don’t even know why — so I am ready for it to be released. 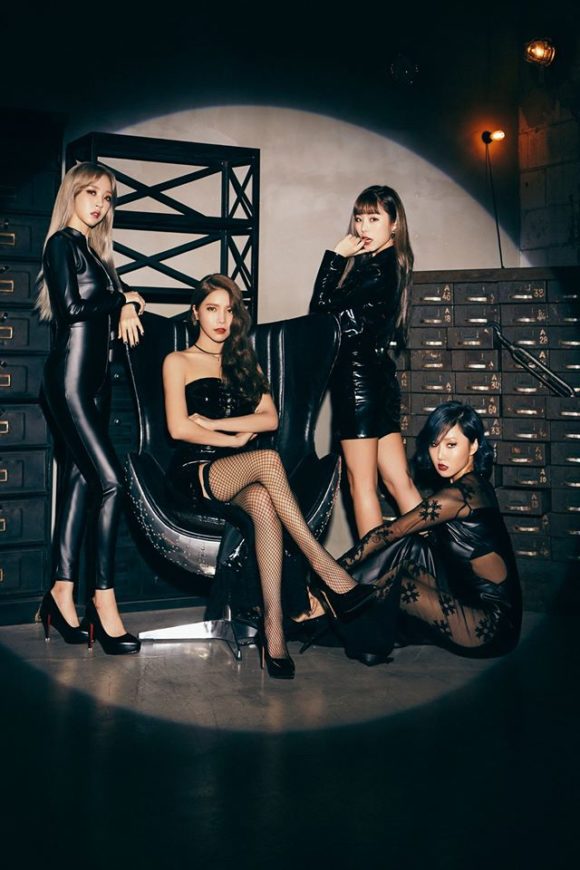