Everlastings Queens Are Back!

Now this is what we can call a comeback COMEBACK, not a regular Kpop Comeback. xD Years since their last album, Basic back in 2015, Brown Eyed Girls went their personal projects way— GaIn and JeA with solo music, Miryo releasing singles and participating on Unpretty Rapstar, and Narsha with varieties as well as getting married~

It’s good to have them BACK!

If you want to support Brown Eyed Girls’ RE_vive album cover compilation, you can order it at Ktown4u where it counts for Hanteo Sales. Album comes out on the 30th. YesAsia also carries the album with the poster tube, and without it. 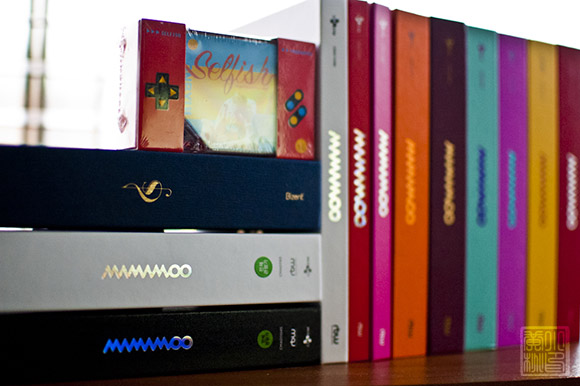 END_OF_DOCUMENT_TOKEN_TO_BE_REPLACED

BEG are my Original Mamamoo

Mamamoo and being a Moomoo has made me realize that I should be a better fan to my idols, so I’ve been reconnecting with my Everlasting roots. Bless Brown Eyed Girls, bless JeA, bless Miryo, bless Narsha and bless GaIn. They were my original favorites back when I got into Kpop, but never had enough to really get into them. I swear, if there was a MamamooTrans version of BEG back then, I would totally be a hardcore Everlasting.

BEG are so SO funny, I’ve been recently watching their Mepsi appearance, and I don’t even have an interest in makeup or actually get half the show since it’s a mix of Korean with Chinese subs, and my makeup-beauty Chinese vocabulary is poor. LOL I caught a glimpse of them learning Mandarin and I couldn’t resist, though. I’m usually a JeA racoon-leader stan [1][2], but I’ve gotten acquainted with my new-found love for Miryo. I really lost it when she try telling her model that she’d be doing her eye makeup, but came out as “Wo EYE Ni” xD

Then there was their presentation on Weekly Idol, of course. Weekly Idol was one of the shows that got me into Mamamoo as well, and I remember watching BEG’s and finding it hilarious. They can be so much alike in their Random Play, but also comically true Adult-dols, especially JeA and Narsha asking for Red Ginseng and Oriental Raisin Water xDDDDDDD

Of course I’m still hung up on the perfection that was Sixth Sense, I do not regret buying the regular version AND the collector repackage. It’s really my most precious BEG possession.

Also! Request for having a show with Mamamoo or BEG where they learn a language. There’s actually several shows on NHK where idols/actors learn French, Spanish and Chinese (and various English language shows), so this can totally be a concept.

Biases Being Dorks on Radio Star~

I don’t really follow Chae Ri-na, but even she’s super hilarious too! And, damn~ I missed Kahi. And damn~ Narsha the instigator. Damn, Hyori’s variety skills [1][2][3]. Damn, my Family Outing heart. I’ve had so many feels with Hyori’s Comeback -especially Black [MV] with subbed lyrics- and her Comeback Stage at Show Champion. And the crowning of IU, and the looking at the Mamamoo kids.

I had a wild week~