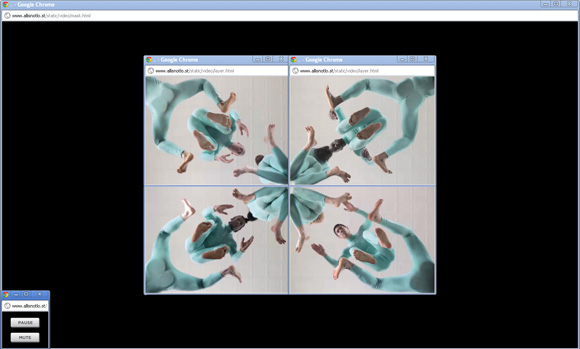 Here I thought that OK Go couldn’t impress me any longer.

Of course this takes forever to load, and I’m always scared it might crash my computer being so old and outdated xD but I’ve seen it a few couple times  already. I keep hitting replay. LOL

Check it out~ All Is Not Lost.

This is a strong contender for Breakthrough of 2011 xD – on a side note, WTF is up with this year’s VMA not having the Breakthrough category? I thought that was sooooooooo sad~ It’s like… I have nothing to look forward!

Cold Mailman – Time is of the Essence

This is pretty good stuff…

First contender of Breakthrough MV of 2011~

You can get more info on Cold Mailman over YAM Magazine ;P

But here we are because of the Breakthrough category, because we all know that the Breakthrough category is the only category that is or could be potentially interesting. And here was the surprise… the most likely to win this year would be the one that won Video of the Year 2009 at the UK Music Video Awards. How outdated is that for the VMA?
END_OF_DOCUMENT_TOKEN_TO_BE_REPLACED

OK GO – This Too Shall Pass

OK Go does Pythagora Switch (PITAGORA SUICCHI) on steroids… and other enhancing performing substances. Released on March 1st this year… single from the album Of the Blue Colour of the Sky, the video was directed by James Frost.

But seriously, guys. This isn’t about the music, it’s all about the video. Possibly our contender for Breakthrough video of 2010~~~ I wonder if there will be any more awesome videos???