Ice-skaters Tatiana Volosozhar and Maxim Trankov did a rendition of Nagada Sang Dhol [clip] in their ice-skating routine (which, apparently, won them a gold medal) that made me want to watch Devdas on Ice~~~ or specifically Dola Re Dola on Ice because I’m like that!

As you know~ Russia is big on the ice-skating events, even more so than the Koreans (who had the reality Kim Yu-na’s Kiss & Cry[1]), the Japanese who broadcast ice-skating competitions quite regularly throughout the year, and the Americans (the other day I caught a broadcast of Musselman’s Apple Sauce Family Skating Tribute on ESPN).

I guess I will be cheering for Mary Kom in this upcoming Rio 2016 Olympics. 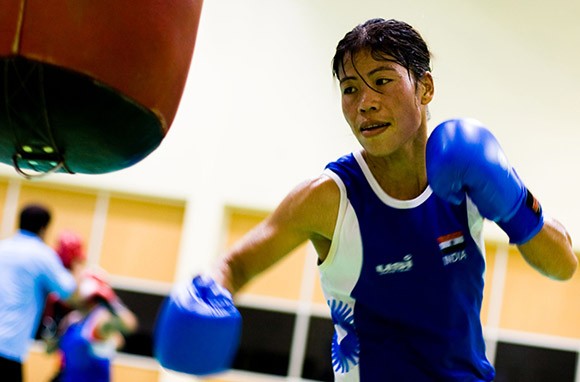 If FIFA’s World Cup is making me choose between Pitbull and Ricky Martin. Okay, I’ll take this~

NHK got Shiina Ringo to make a song for their coverage of the event, and that’s all we need to know. I’m not sure what’s the coverage is gonna be like down here (cable or networks), but I’m sure we’re stuck with Pitbull.

I just knew songs were gonna suck when they started announcing the social media contests to “create the song” for the World Cup. Cheap music will always be cheap.