My TV signal is not working :( though I doubt the local channel is broadcasting the whole event, being famous for cutting the lightning of the cauldron at the London Olympics to continue with their regular programming [1][2], so I had to wait over 12hrs for *cough* ahem- watch it. My Sochi search on Twitter revealed two spoilers~~~ the spoiled snowflake that didn’t turn into the fifth Olympic ring that’s already been spoofed online, and Chulpan Khamatova.

I didn’t get to read when she’d be appearing — during a skit? during the show? waving? carrying the torch? — I just saw the comment of “Chulpan Khamatova!!!” multiple exclamation points and all. I was already giddy. And she didn’t disappoint. 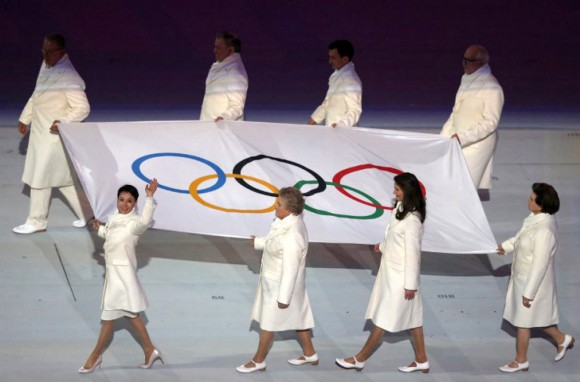 She waved and smiled ever so radiant, and her high heels (which she needed to not look like a midget among those giants) made her so chic. She was perfection. LOL In every sense of the fandom girl. I didn’t expect to see her (it was just mere wishful thinking), but I don’t think anybody had any idea about it.

And her hair was perfection. 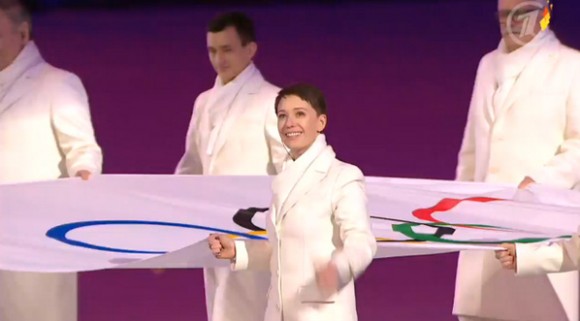 She’s always got that pixie girl aura in her earlier films that has gotten rougher with the years because nearly 40-year-old actresses aren’t supposed to be whimsical. Her last few roles on film have been bitter wives lol So it’s so fresh to see her like this.