To Crazy People and the Losers Who Love Them

When Hannibal started airing, I gave the show a watch (the first two episodes seemed like a lot) but since it seemed to stressed me a lot, I decided to stop watching and not be waiting for the latest episode, like I used to do for some of my now-not-so-current television watching. And though I had decided to not watch the show, I found myself catching the episodes on the weekend showings on AXN Latin America.

Two episodes a sitting- it doesn’t even matter if you skip a week, since you can catch up the next week! And it’s perfectly timed with my dinner on Sundays, so I don’t get eerily hungry whenever they show Hannibal cooking. 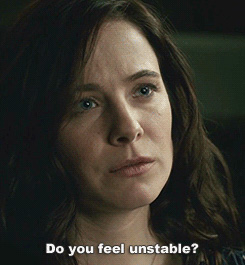 During the commercial for tonight’s episode, Dr. Alana Bloom talks to Will about her decision to not pursue him as a love interest… because he’s unstable. And obviously, as a Wonderfalls fan [1], I immediately though of Jaye as a crazy person. It’s like a perfect conversation! 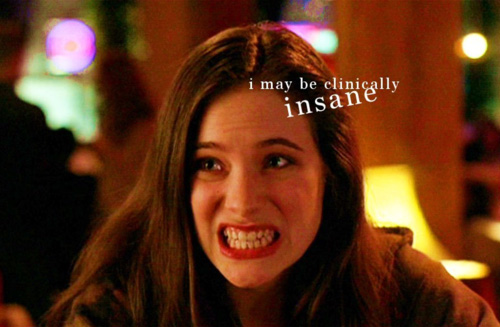 END_OF_DOCUMENT_TOKEN_TO_BE_REPLACED

They had a Will&Grace re-run a few days or weeks ago, and even though I haven’t enjoyed the show since I was a teen… Karen still manages to make me laugh.

Here’s the clip, but be careful if it gets deleted.

To not lose custom… Miss Universe 2009 is on. Heidi Montag just lip-synched to one of her songs, and the Top15 has just been announced. Dean Cain (Superman), whatever you know about beauty contests?Same with the “real state agent” WTF – But woohoo! Valeria Mazza? xD But seriously… demotion on performers, judges and brand. tsk tsk.

Unlike the “rumors” online saying that Latinas and Asian women were favorite, over 10 of the 15 were white or from Europe. I’m favoring South Africa on the go, though I’m realistic and think her political/etc/etc chances are slim… but South Africa is the place for the World Cup, so who knows~

Will update when they announce the Top10, and/or something funny happens like Miss USA falling again this year [like in 2007][and 2008] because three times a charm.

Hmm… I’m not sure if the Top10 has been announced, but Kelly Rowland’s song is so boring. What happened to her? I would’ve chosen her over Beyonce any day back in the day, but geez~ second rate much? Anyway, just heard they’re about to announce Top5 LOL, as well as Miss Congeniality (awww Sandra Bullock xD) and Miss Photogenic.