While Peru isn’t know for its open-mindedness (even in the Latin American region), to me it didn’t feel like Pimentel or La Chola Chabuca suffered any (or much) backlash. He continued working on his show, went on hiatus, and came back again. Pimentel even had his HBO special during those years if I remember correctly. No other entertainer has had the honor of that.

Though La Chola Chabuca brand had lost favor (for people like me), Pimentel got into the circus business, which obviously involved him entertaining children and their families while juggling his activism in support of the people infected with HIV and diagnosed with AIDS, and his career has been quite constant despite the ratings fluctuation of his latest show.

My story with Coco Marusix and Naamin Timoyco aren’t exactly the same, since the both of them focused on their careers as dancers (commonly known as vedettes, not to be confused with the common term for “stars” in France — Coco Marusix is no Gerard Depardieu nor vice versa), so it wasn’t normal that as a child I had access to their work. However, it was common to see them dancing as guests on popular shows.

In fact, as an adult I’ve come to describe Coco Marusix as Fabulous!

However, very much like my experience as a Latin-Asian [1], and how I’ve felt a lot more conscious about my being Asian down here after the millennium began, it feels like Peruvians have become a lot more intolerant towards LGBT personalities on TV. Doing research for this post took me through some very heartbreaking postings showing me the worst of homophobia and transphobia on regular internet. LGBT-related news comment sections and forums were filled with wisecracking jokes and name-calling showcasing the most immature of ignorant comments.

Though Pimentel is still part of the pop culture scene, Coco Marusix (after his stroke) and Naamin Timoyco have been largely missing from the mainstream scene, being replaced by the rise of reality stars and 15-minutes-of-fame contestants. Thank you, America. Regardless of the presence of people like Carlos Cacho (make-up artist turned personality) or Abencia Meza (folk singer and entrepreneur), who have had more than a mix bag of successes and scandals (including DUIs and murder charges, respectively), LGBT representation on television doesn’t really seem to have taken off since the late 90s. No progression has been made, instead… it feels like we’re taking steps backwards. 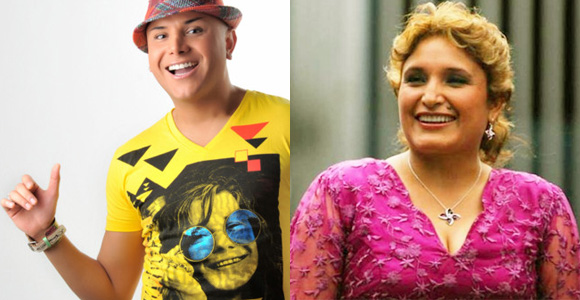 The journey through LGBT entertainment that I’ve taken wouldn’t really have taken off if it hadn’t been for that random watch quite late at night on Warner Channel seeing Shane for the very first time on The L Word. It was the right time for the expansion of knowledge, with the internet- I had the right tools. Since then, it’s been quite an interesting and satisfying journey diving not only into American, Canadian and European LGBT culture, but also learning about the Asian views on sexual fluidity, and their ease for gender-bending [1][2][3][4][5][6].