Lee Hyori on Making Money Doing Music on Happy Together

Hyori has been delivering on variety shows and interviews all week- people are loving Hyori’s Bed & Breakfast; I’ve been emo because of that moment when Hyori was teaching IU about life as a 20-something. She’s just full of ‘life as a celebrity’ wisdom. She talks about her marriage, controlling her temper, her insecurities releasing music, not having endorsements or doing commercials for a living, and trying to profit from just music.

She’s just realizing that you can’t make a living doing just music in Korea. I’m actually quite shocked that she says that Psy only made $38k with Gangnam Style. That’s a HUGE shock. I also hope that’s only what streaming and downloads did in South Korea, because I’d be super shocked if that includes the YouTube, iTunes and Spotify fees.

Sometimes I forget to share some of the short films I find online that I love. I was working on some of the MUBI film submissions and this came, which has just won the Irish Film & Television Academy Award for Best Short Film, which shows Emmet Kirwan doing some slam poetry to tell the story of a teenager who gets pregnant and raises her child, struggling to be an unwed Irish mother from a poor household in modern day Ireland.

I came to know about slam poetry via Shane Koyczan and his sequence at the 2010 Winter Olympics [1]. xD

We’re living in a world obsessed with identity, origins and DNA. I’m starting to believe this is a conspiration to get us all to test our DNAs -paying and very much willingly- to see where we ‘really come from.’ No, like- really, where YOU REALLY come from. First it was this overly dramatic flights company, Momondo ad. Followed by this DNA test Buzzfeed video, which got me really really wondering.

Then this Joanna Rants Flama video about hyphen identities~~~ with a shout out to Asian-Peruvian (Protestant)! xD Which in the end sent my head spinning mainly because of my dad’s side. Peruvian isn’t really a racial identity, though some would differ. I don’t know much about my dad’s side of the family, but I know more than my mom’s side~~~ one thing is certain, I’m positively certain my mom is 99,9% East Asian xD which makes me, at least, half East Asian (if not half full Chinese, despite having two Chinese last names~)

I know my grandpa on my dad’s side was mixed Chinese and I know my grandma on his side was mixed Spanish-Afro-Peruvian, but not certain on percentages. I’ll have to ask my aunt around now. But that would make my dad, at least, half Spanish creole (if not more) Afro-Chinese Peruvian xD and that would make me…… Chinese Spanish creole Afro-Peruvian? xD A Queer Catholic-by-culture Franciscan-by-school Agnostic Chinese Spanish Creole Afro-Peruvian. And that doesn’t even paint the political colors. xD

I’m totally into the idea of finding out what’s in me, but at the same time, I’ve been watching too much Orphan Black. lol

Yo~ that’s one heck of a great teaser for an upcoming album. Looks and sounds epic.

The best? Kent gets us, songs are available for stream on YouTube. Thank you so much~ 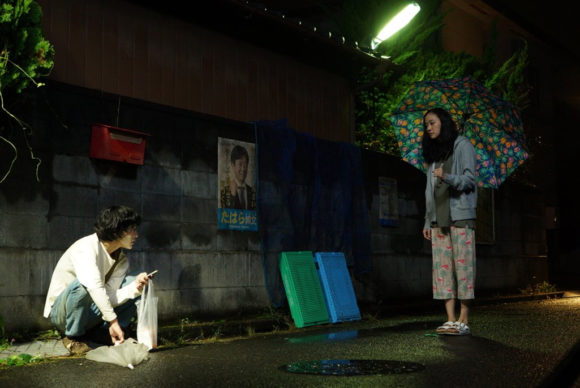