“Police baffled by string of arsons” 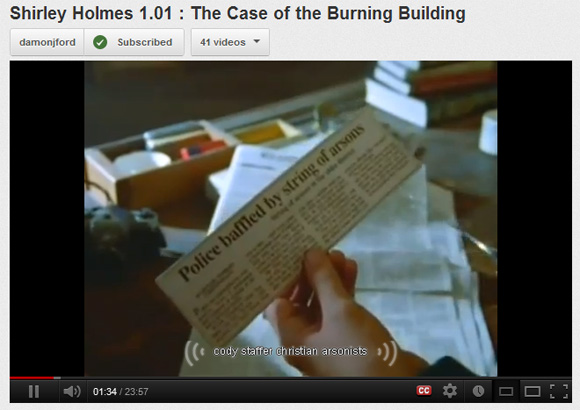 YouTube captioning is a great idea, but I guess it’s hard to do when taking into consideration sometimes people slur their words and there’s background music~~~ but getting there…

END_OF_DOCUMENT_TOKEN_TO_BE_REPLACED

Shirley Holmes, Fandom and my Contribution.

I think it’s time for me to give back to Shirley Holmes fandom.

After years and years of Damon, the webmaster of Shirley Holmes Central, giving to the fandom… and even uploading the episodes (I’m mad excited about this!), I have decided to take on the subtitling cap. I’ve just began testing subtitling software, but I think I’m settling for Easy Subtitles. They seem to be easy enough to use.

I actually would kill to be able to get my Shirley tapes with Spanish Latino dubs and get the audio on Damon’s videos to have dual audio, but I’m apparently technologically impaired to do that.

So I’m settling for subtitles. 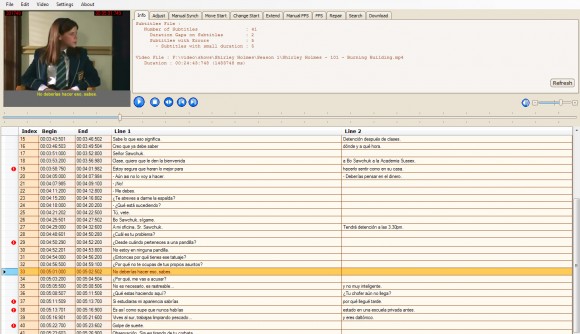 I’ve just begun, and I need some time to get used to the software, so I have no idea how long this is going to take.

END_OF_DOCUMENT_TOKEN_TO_BE_REPLACED 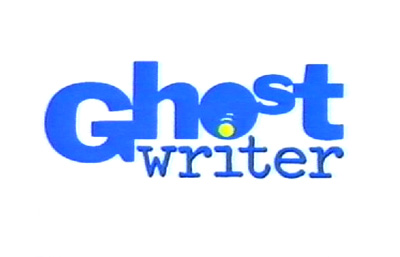 I was only really worrying about the 4th season, which I didn’t really get to see. In fact, I only saw 2 or 3 episodes… I saw 2 more episodes on YouTube… In the end, it’s 9 or 10 of the 13eps. However, it’s been really hard to download the episodes from the SHC (particularly S4x02), so… very unlike me. I’ve decided to upload the episodes I was able to snatch and upload them on MegaUpload to help out.