Damn, I missed ya, Gaji~ I still miss Seju and all her drama, but Pet Aesthetics (애완의 미학) is as close as it’s gonna get for a while (at least), and I did see what you did there *wink wink nudge nudge* Also, I missed those *badump badump* The art, the aesthetic. Damn it.

I do wonder… are you gonna make me cry? lol

END_OF_DOCUMENT_TOKEN_TO_BE_REPLACED

You know, for a year when I didn’t watch that many movies, I’m doing pretty good. LOL Confession! I haven’t been following award season, it does feel like it’s my second or third year already. I do know that people have been freaking out because all critic guilds and industry guilds have been awarding all different movies.  As the saying goes~ todos parecen más perdidos que cuy en tómbola!

Here’s my Spirit Award one. 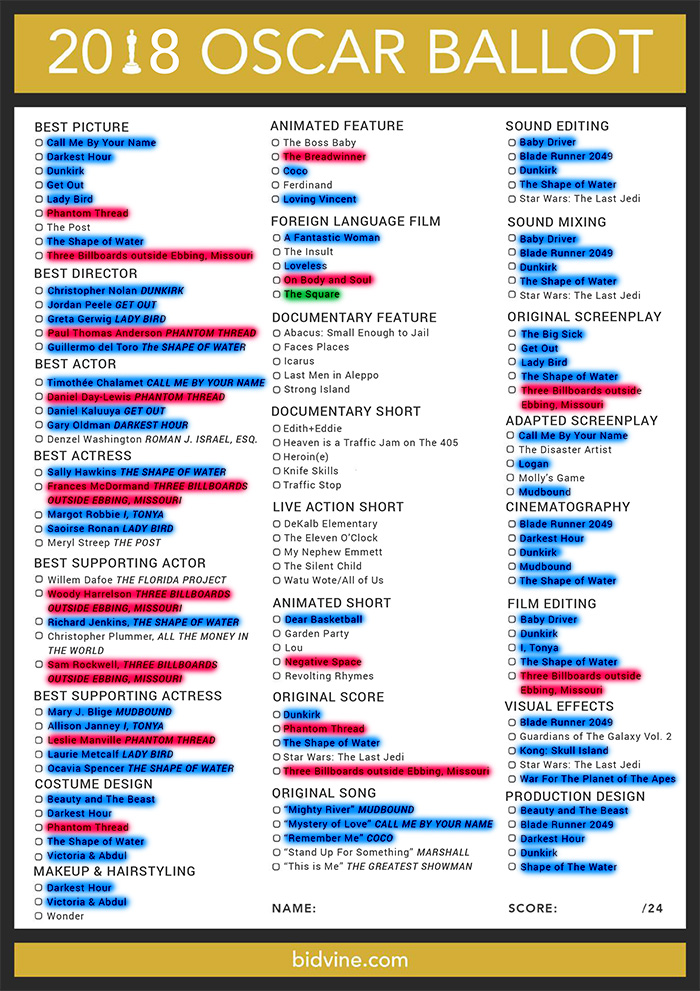 My favorite competing film this year (so far) is Lady Bird coz it got me in the feels. I wouldn’t mind The Shape of Water winning, though. Considering BAFTA nominations (Producers’ Guild win and Directors’ Guild nom), The Shape of Water does seem to have a love more momentum than actors-backed Three Billboards, and this one also has a strong BAFTA showing.

Fun fact, yo! Darkest Hour, Phantom Thread and Victoria & Abdul are [most likely] the first Chinese-backed films that make it to Oscar. All backed by Perfect World Pictures (北京完美影视传媒) [1].

My 2017 Letterboxd Year in Review

Interesting! I figured I watched less movies this 2017 than I did in 2016, but turns out I got a couple more films/hours logged. And there were a couple more titles that I didn’t log because they’re not on Letterboxd. They just happened to be not current movies, I suppose. 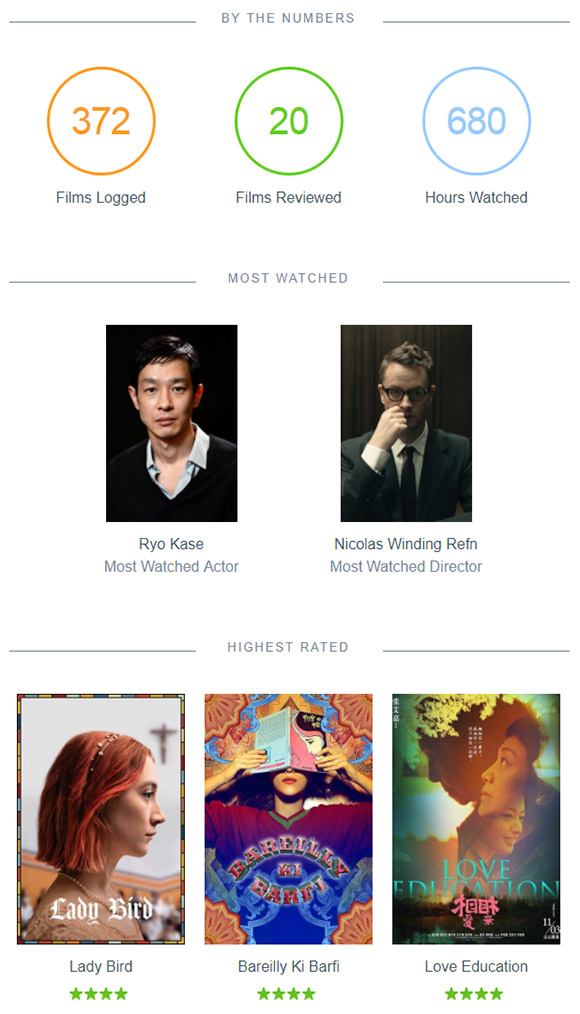 I’m also not sure whether Ryo Kase is my Most Watched Actor this year, considering I went on a non-logged marathon of Shweta Menon movies— like 4 or 5. But, once again, latest highest-rated movies reflect some of my movie-watching; a little American indie, a little Indian and a little Chinese.

I did find enough for my usual Top30 Favorite Film Discovery post :)

And a super lengthy post on my favorite films this year, which has already changed xDDDDDD

Having said that— the promo photos. Whee-in, you bias wrecker, you. So I finally decided to put together my favorite era looks for each member ^^ END_OF_DOCUMENT_TOKEN_TO_BE_REPLACED