Archives For the storyteller

END_OF_DOCUMENT_TOKEN_TO_BE_REPLACED

Looking back on the X-Files~

Oh man… I just watched an episode of The X-Files, spanish-dubbed… it took me back! LOL’ It’s the dubbed I grew up watching… not that I was an avid X-File viewer, but I did from time to time. I still remember the episode where there was a ‘chupacabra’ – CHUPACABRA!!! I love how they say it in English, SO PHUNNY. xD ~you know, like that episode on Charmed where Piper says it~ Anyway!

Moving on… today, on channel Space, they were showing an episode with the guy who played Dr. Romano on ER… he was some cancer-man, and needed cancer to survive. He had gotten his head chopped off from a car accident at the beginning of the ep, and grew it back up! xD – Also featuring on that episode, there was the actress I’ve seen on an episode of Shirley Holmes… HA! If I recall correctly she was ‘Barbie’ with a B, or something like that… xD Season 3, episode The Case of the Real Fake. LOL’

Anyway, the episode was kinda creepy still… all kinda bad effects and all. Aww… I miss TV like that. xD – You know, TV with old school effects, makeup… I think I deserve a dose of good ol’ The Storyteller, with Jim Henson~ NE?

No cause of death has been released. The Oscar-winning director of The English Patient, was also known for his cult-success with his work in Jim Henson’s The Storyteller, and The Storyteller Greek Myths.

*EDIT*
According to the press, Minghella died of a hemorrhage a week after undergoing a neck operation. Read the latest AP story here. 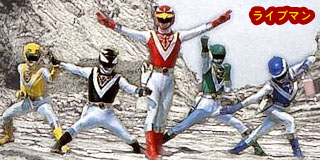