I’m about to clock 1000 days on Xiami logins xD

Sad for this excitement, I know. LOL But I get obsessive-compulsive over these things easily. I took a screen grab because I don’t know whether the count will reset to zero or continue. Back in March when I went to Japan, I told my friend to login for me, so I don’t lose my clocked days, and there was a weird bug that made the counter go back to zero, so we thought for a while that it was done. A couple of days later, it went back to normal :P

I’ve been using Xiami for a lot longer, of course. And gone are the days when you could find everything on the site for stream and download :P Though you can still find stuff and download, it’s often the case when albums are empty. Recently, Xiami has taken to just be able to stream music (which is better than having blank albums), without download capabilities— Faye Wong’s most recent track is only available for stream, so you gotta find it elsewhere if you want it. The site is still a great source for Chinese music, especially from the independent scene. However, now Xiami-approved artists are allowed to mark their music as only-Mi tracks, meaning that you have to have Xiami credit on your account and not download music from your VIP free-tracks perk or use your red envelopes (points).

Having said that~~~ I have like +500 points (you get points for single days and months counted, albums added and music shared, etc.) and haven’t used them in so long. What the heck~ What are the perks of the VIP account if you still gotta pay for the Chinese music that you download; at least make it so that you use twice or thrice the # of downloads for those.

I still haven’t figured out what the note reputation is (eg. Re*), but I’m just a few hundred away from reaching the other level. Increasing my stars is a little trickier because English reviews don’t get as many likes or comments. lol 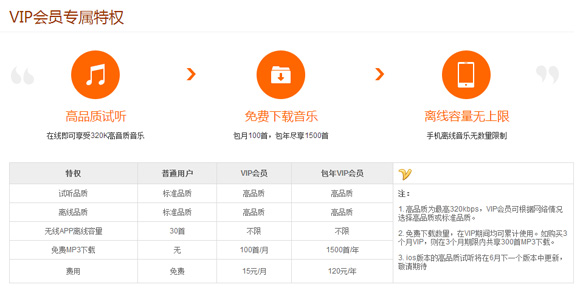 If you’ve (for some reason) been following this blog a while, you’d know that I’m a big fan of Xiami, the Mainland China-based music site that has never flashed me with a “this content is not available in your region” message. I’ve actually bought some tracks off of them, started way before iTunes became available in my country, and have continued with tracks that aren’t available in my iTunes store, or with overpriced albums/singles.

In general, all tracks are priced at 0.8米 (Mi) and 1 Mi is 1 Yuan, which is about 0.16USD, which is like 1/10 of what iTunes charges. They accept Paypal as one of their paying options, which seems way simpler than paying with your credit card (I tried). And since Xiami is a community-based site, they give you points for activities. Every time you log in, you get points and once you log in for a whole uninterrupted week, they give you a red envelope which also serves to download tracks. If you log in every day for a month or a whole year, you’ll get even more for free downloads.

Downloading tracks, adding albums, adding information (photos, lyrics, etc), participating in community discussions, and joining groups also gives you points to raise your Xiami level. Though, I still don’t know what’s that for, other than showing off and user respectability.

END_OF_DOCUMENT_TOKEN_TO_BE_REPLACED

I know so many people who would download loads of music for free, but still buy the stuff they liked (usually discovered from their own or other people’s free downloads). Now those same people listen to Spotify and feel that they have paid the artists, so no longer feel the need to buy the songs they like.

Additional info: How Much Do Music Artists Earn Online?

Downloads, Streamings, and Buys- Oh, My!