Coming from an article over at Wildgrounds

What is this “super dub“? In fact, they’re trying to make the translation sounds more natural in Japanese.

what were you attempting with Super Dubbing to deal with this difference?
For example, Leonardo de Caprio, who plays Teddy, faces a woman working in the hospital and asks, “Were you a nurse?” If you change this to natural Japanese, just saying “Kankoshi?” However, in English when you say “Were you a nurse?” your lips move three times.

END_OF_DOCUMENT_TOKEN_TO_BE_REPLACED

Not only has Emma Watson had her website re-designed with a brand new and clean site, but also it seems she’s finally bought off the previously bought EmmaWatson.com – as you probably knew (or didn’t) Emma’s previous URL was EmmaWatsonOfficial.com, which now redirects you to EmmaWatson.com so someone probably made a bit of money there. 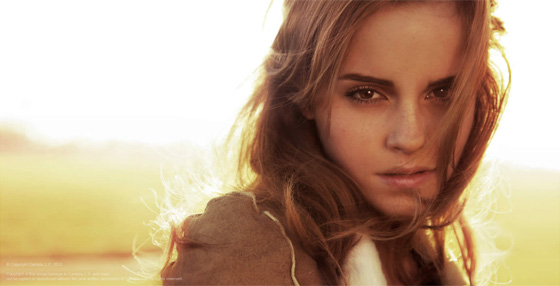 The new site has a lot of very-welcomed white space, really big pictures, and easier navigation. Stuff is easier to find, and it’s probably easier to Google. And did I mention the pictures? There’s a lot of slideshows with her editorials and photoshoots and film stills. Sure, you can’t save it, but you can totally “print screen” them xD

And HELLO? Exclusive commissioned photos? People will probably print screen those too, but it is still nice to know you can rely on the official site to deliver original content.

Emma is proving to have a savvy online presence.

And be very fashion.

Now all she needs to do is release a photobook. RIGHT?

Because photobooks are totally pretty. And she can pull it off… release a PB, I mean.

Would you recognize the symptoms on you?

You know how it feels when they build it up with trailers and promotional images. Little mentions on forums, and ripped videos on YouTube. Obviously, from there you could go to completely hating it or falling in love with it.

Oh, love! Isn’t it wonderful? You must know each and every little spoiler… you can probably quote random lines from your favorite pop culture addiction. Must get each and every photo you can find online and save ti on your hard disk. Everything is bliss…

Then your perfect pink-colored glasses break with a silly celebrity gossip post, or an incriminating photo… or maybe an enraging statement made on the news. Your idols turns out to be a douche, or a total bimbo… or maybe a total bitch. Or maybe the other way around, as in holier-than-thou?

*sighs* fandom… what to do with fandom. xD

Let Me In: The LtROi American Remake 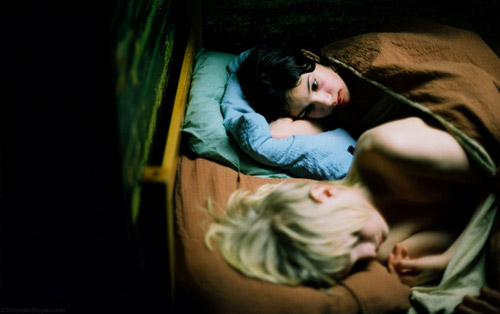 The first time I saw Let the Right One in [LtROi], I was left with a shivering tingle. Obviously, it became my fave film of 2008, and I have seen it seven times already… loving the slightly unconventional love story, and presenting a wonderful character such as Eli.

This is why I don’t have to tell you how mad I was when I heard about the remake, right?

Well, not long ago… in fact, just after I commented on The Auteurs about watching it again, someone asked me what I felt about the remake. After a few minutes thinking about it, I concluded that I wasn’t as mad as I was when the news broke. I still don’t think Let Me In could be as good as LtROi and/or bring anything new to the genre.

Possibly, the best thing that could make me sway my decision is the casting of not only Chloe Moretz (Kick-Ass, (500) Days of Summer), but also Kodi Smit-McPhee (The Road). A moody and beautiful trailer would also help.

However, there’s still the fact that they probably won’t tackle certain topics by changing Eli’s name to Abbey, which makes her a full girl unless I don’t know any guy names that could be shortened to Abbey… you know like sometimes Ashley is a guy or girl name? Add to that the fact that Richard Jenkins’ character is called “The Father” – weird.

By having Abbey being a girl, they’ve already killed one of the things I love about the original book, its not a conventional love story, it’s more about the idea of what love is and what it means. There is something so strangely touching about how Oskar is willing to still accept Eli in his life even after everything he finds out about Eli, I just found that really touching in the original novel. – damann861

I will probably watch the film… if it comes to local theaters, and if it doesn’t… well, I will probably take the time to download it. I mean, it all comes down to the trailer and the production stills. I want to see how it looks like before…

What are your thoughts on American remakes of foreign films?

Should they have waited a few more years to remake LtROi? 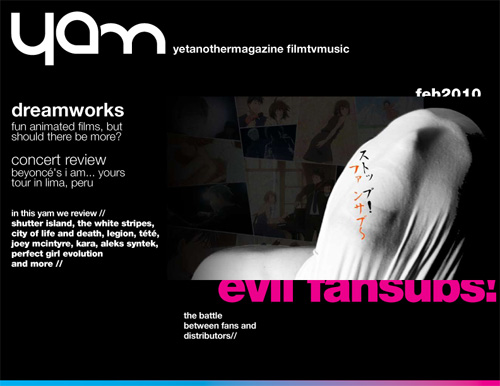