Jing Chang – Broken + The Opposite Me

Asia is having a Women Tuxed-off. First with the likes of Chris Lee and BiBi…

She won the first season of Super Idol in Taiwan, and is actually signed on Gold Typhoon, which is also BiBi’s label now — someone’s got a fetish for girls in tuxes… LOL 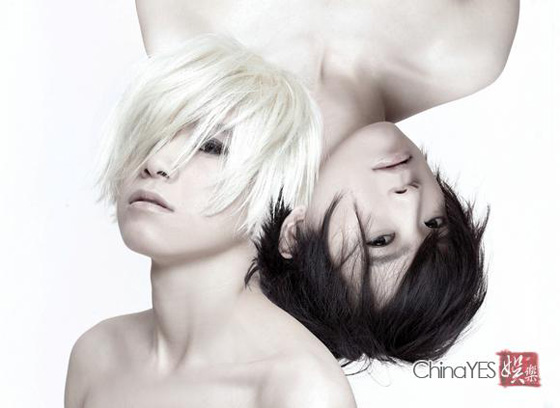 About to release her 2nd album, The Opposite Me, she’s actually releasing two versions of the album – The “Good” one comes with a Robin Hood theme (?) and the “Bad” one with King Arthur. Will they have different tracks?

While I was reading that post, I got really confused because I was looking at the photos and kept reading “she” and “her” and then… finally! It hit me! Woah, really? That was a moment of realization. Her first album, Unprecedented, contains Ni Fei Ba (Fly Away/Just Fly)… and also came in a limited edition with a card written by her. Woah.

Jing Chang with the blond hair in those promos look like G-Dragon, if he were manly. LOL

6 responses to Jing Chang – Broken + The Opposite Me