So… today it’s voting Sunday. And I’ve also setup my About page… and got rid of my Favorites page because… well, it seemed redundant to have two pages about me. LOL

In case you missed the post in which I talked about my taste in film, this is a similar post that talks about my history… or lack of history with music.

When I was about 7, my dad opened a Karaoke bar (how Asian, non?). But by then, I had already grown up with the likes of the music of La Nueva Ola (the new wave) — you know, the type of Rock n’ Roll from The King… Jailhouse Rock or Houndog but in Spanish. My favorite tunes were probably La Plaga (the plage, the Spanish version of Little Richard’s Good Golly, Miss Molly), and La Mantequilla (the butter, the Spanish version of Cliff Richard and the Shadows’ Move It).

Of course, I was a little kid going to Chinese/Peruvian school, so my repertoire also included the Cantonese Counting Song Yat Yi Sam, as well as the counting Elefantes song… as well as the Sukiyaki song. So from the very beginning… I had a predisposition for all types of music in many different languages.

As an impressionable 5 or 6-year-old, I watched Michael Jackson turned into golden sand on Remember the Time. My parents would work late, so I would stay at home with my grandpa watching television. I would dress-up with my mom’s anything-black-or-golden that might look like anything MJ was wearing on that video.

As I grew older, but not so old… perhaps a pre-pubescent pre-teen, I began listening to Salsa music… which, if you’ve read all of my posts — it’s my shame [1][2][3]. My shame also included singing in my room… Salsa music, and trying out for the school’s choir. I got in the choir, but never signed up. LOL My mother said I should pick table tennis or choir, and I ended up with table tennis… which I also ended up dropping later that year.

My family always picked on me saying I couldn’t sing, so I never really pursued anything even if teachers and/or friends convinced me of the contrary. Then I discovered computers, and Napster. That same year, I got cable too! So it was 1997 when I first saw a Bjork music video on the now-gone Music 21 (M21) channel, and 1999 when I downloaded my first illegal music download of the Dixie Chicks’ Without You.

I was, and still am into boy bands. I think BackStreet Boys are great vocally – and give pretty great concerts – I think Nsync was amazing in stage presence, while their 2000 VMA performance remains one of my favorite ones. I liked Britney Spears from the very first time I saw her performing on ABC’s Disney Summer Special. I liked Shakira when she was not a blonde, I liked Alanis when she wasn’t happy… I knew every so-called pop princess, every boy band. I was over Salsa, and was all about choreographed dancing. My TV was set on MTV almost 24hrs a day. LOL

By the time I finished school, I was already over Britney with her Slave 4 U antics. I was the first one to like Pink in my school (and most likely, country), and grew into and out of my Avril Lavigne phase. I also learned to online shop, and began shipping music that I liked to my doorstep. 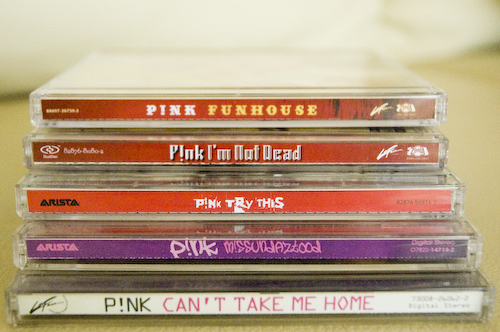 I like commercial pop, and I think Asia – especially South Korea – is doing the commercial pop scene better than any other region. I think the strongest Japan has in the music scene are their fusion rock music with jazz and Enka music. Amazing stuff like Tokyo Jihen, Go!Go!7188, Shiina Ringo and Hitomi Yaida – Let me tell you, Japan loves them female solo artists. As far as Taiwan and Mainland China (not so much into Hong Kong music scene), I think the best they’ve got are their pop rock groups, as well as their solo idols. Groups like Sodagreen or Yuguo who have unique voices and sounds. And idols like Wang Leehom, who have managed to create their own idol identity far away from the pre-manufactured idol structure from the Korean or Japanese pop scene. In China and Taiwan, you have singing contestants and winners coming out with music that have been written and composed by them, which may not be perfect for branding but excellent to check out from time to time.

I think the state of music in America is in a state of being, where music just is because musicians need to have albums out to pay their bills. I have limited my American music purchases for that reason, as I’m a more conscious music consumer. Maybe it is that I can connect better to Asian music however commercial it may be. The music has begun to speak to me much more than lyrics, and lately I’ve often found myself wishing I couldn’t understand words in English. This certainly causes a problem when my brain gets used to, and I stop understanding English on films. LOL 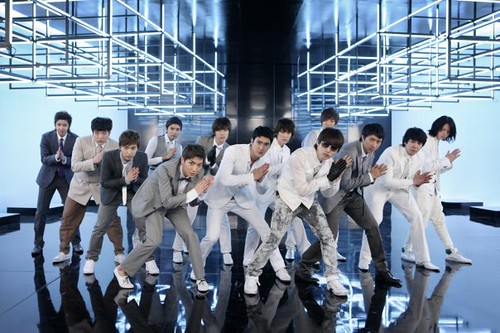 I think Lady Gaga is interesting, but it’s certainly not the goddess people make her out to be. I think a lot of the music in English is beginning to sound like a blend of a re-hash version of each other. Yes, that includes British rock bands, and Europop groups. I can’t tell them apart now. Yes, that also included 85% of South Korean boy bands and girls groups, as well as 90% of Japanese girl groups… and maybe 60% of Japanese boy bands.

The best way I can describe the music I listen to is that I should know right away who the artist is with just a few chords or notes of the music or voices… while sounding different from album to album, different enough to not sound the same. It’s like catching Bjork on the radio, you know right away it is her voice. Those Scandinavian-sounding Ohhs~ on Oceania sounds like Bjork, but it’s not the same as Venus as a Boy, or Hunter.