I just watched Shunji Iwai’s Vampire – FINALLY! – sadly, it didn’t give me any important feels about it despite the LONG wait. Not even Yu-chan’s performance, though I really think having to speak English hindered her usual scene-stealing capabilities. It also seemed Iwai was slacking around with his script, and he just dropped Mina’s role for Aoi there if she wanted it at the last minute because she’s just so damn relaxed in it. 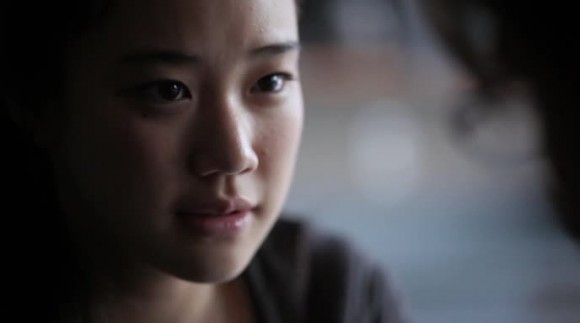 I have no feelings towards Kevin Zegers, and Iwai only used all her actresses as passersby so even Keisha Castle-Hughes (only in the beginning), Kristin Kreuk (all the way into the end) and Katharine Isabelle (somewhere in the middle for a few minuets) fans are going to be disappointed. Rachael Leigh Cook has a bigger part in the film, but plays not a very compelling character, which I think would have been a better fit for Isabelle.

It feels Iwai is into his own work too much, he’s not letting anyone work on his stuff. The music, the editing, the photography, everything is done by him besides the actual script and story, so it lacks a lot of the elements that made All About Lily Chou Chou memorable, and the spark to make Vampire stand-out out of the dozens of indie flicks out there. At a point when I was wondering where was Kristin Kreuk in all of it or if I had dozed off and missed her, she almost stirred some of those Ballet dancing feelings [1] I have with Yu-chan.

Yu’s got 2 significant scenes, and shows up briefly in some others, which warrants half the screencaptures she got in one episode of Galileo. LOL As a bonus, though~ Yu-chan looks really good for a suicide case, you know? Like… Kristin Kreuk looks tiny, fragile and a total wreck here, which aids in her scene. But Yu-chan looks good. It looks as if she did this the same time she did Raiou.

I’ve always preferred her with a bit more weight than she normally is. As the years have gone by, she’s looked skinnier to the point that her extremities are shapeless. Something I’ve noticed a LOT of Japanese actresses go through [yes, I notice actresses weight fluctuations, so?]. When they’re in their early 20s, they seem normal – shapely even – but once they hit 25 and start getting closer to their 30s, they lose the ‘fat’ and become extra boney. I guess to lose the roundness of their face at the expense of their body.

Excuse the super-deviation from the film.

In short, Yu Aoi seems bigger than Kristin Kreuk. It’s crazy. They should be about the same size, at the most. ANYWAY, these are all the screencaps you need for this one. LOL