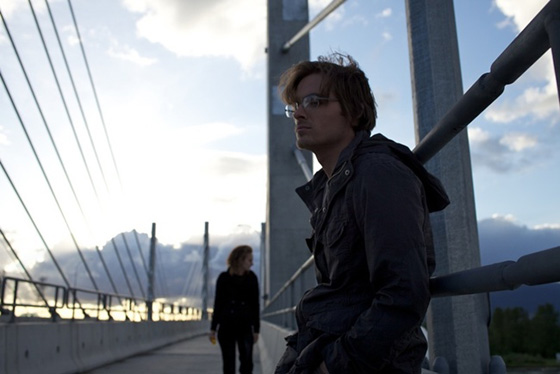 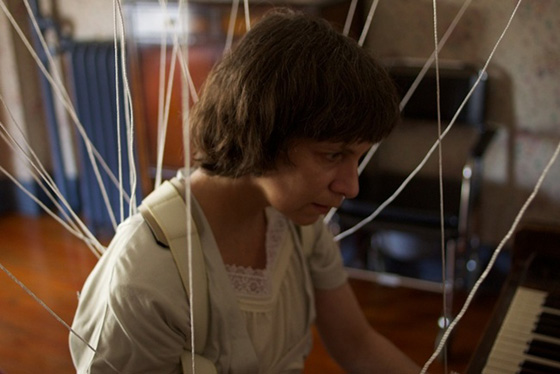 They also got the chance to visit the set, while they were shooting [lucky SOBs], and mention a lot of interesting information. For example, Shunji Iwai is not only directing and writing… and composing the score, but he is also working as a cinematographer. Of course, Noboru Shinoda, who worked with Iwai on almost everything on his filmography passed away after working on Hana & Alice.

About the decision to make this his English debut;

“For this film, I’ve been writing the basic story over ten years.  It was before All About Lily Chou-Chou that I wrote the first image, but every time a chance to make a film came up, I couldn’t make this one, so I’d keep writing.  Four years ago I found a good idea.  At the same time I’m writing, the same case actually happens in Japan, and a guy actually kills people, and it turns out all the victims come from a suicide website.  This guy was too creepy, too strange to be an interesting character.  He’s just in it to kill others, but it made it harder for me to keep going because the Japanese audience was against the guy in that case, so I had to leave it alone again.  But two years ago, when I was doing New York, I Love You, I was talking with some guys at the bar, and they asked me about the murder cases in Japan, and I explained it to them, and then I realized I could make my story here.  It takes a long time, and dark stories are kind of difficult, but sometimes dark stories are very beautiful, very challenging.”

And a lot about what they’re going to be dealing in the film.

When she first saw All About Lily Chou-Chou, she watched it over and over and over again, and thought it to be “effortlessly extraordinary.”  Plummer is no stranger to foreign film, either as a viewer or an actor, and her next two jobs are already lined up: a German film, then a Korean film.  She is fluent in neither language: “Pidgin German, Pidgin Korean.

Okay, I just got a little bit more excited… if I could get any more.

Once again, you can read the whole report over at Twitch~