Soooooo, story of my life. The Shunji Iwai Vampire interview was supposed to begin at 9pm, which means I decided to stay up all the way into 7am my timezone to catch the interview… the problem was I fell asleep well into the 30min. mark with Iwai-san arriving  just a few minutes later.

So I missed the whole thing. LOL

Lucky for you, they posted a bunch of screencaps on Weibo. There’s not much, but it gives us an idea of some of the topics they talked about.

First, they had a drink to celebrate the release of the movie in Japan :) 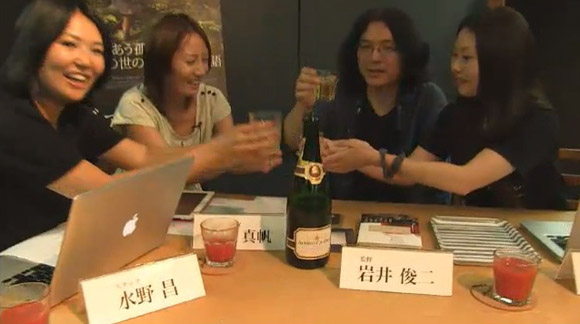 Then, there was… somehow… a blackboard, so Shunji Iwai began to doodle. So when someone asked about Yu-chan, Shunji Iwai went ahead and did a doodle of her current look. 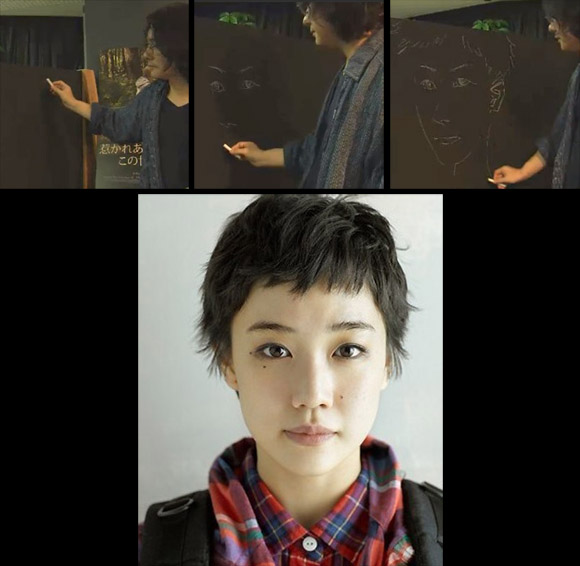 So Yu-chan cut her hair for real? It’s not a wig at all, it’s not for a magazine shoot?

Then Shunji Iwai did a doodle of a Naruto character, because they began talking about their favorite manga (?) You know live events, they can go anywhere.

After an intermission, a half-masked Shunji Iwai returned with a masked female guest — which I totally thought could have been Yu-chan (though a bit too skinny) if I hadn’t seen her short-haired pics. But it was Ami Sakurai, writer of Rainbow Song (and apparently is Asian American~).

There were some talks about his work on New York I Love You, a mention of Orlando Bloom (?) xD some talks about some opportunities for projects with Quentin Tarantino and Michael Moore. Some Weibo crazy suggestions of Kill Bill with the music of All About Lily Chou Chou~~~ xD

Ami Sakurai did the live webcast with her mask, until she finally took it off~ 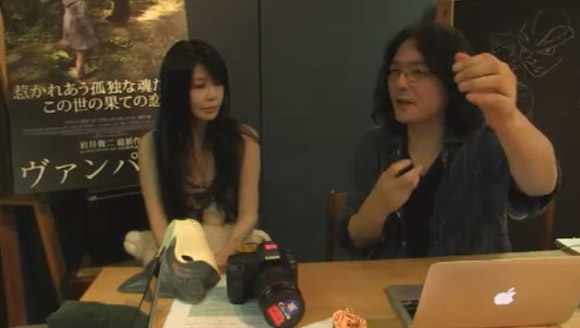 I’m sorry I can’t be more helpful, but it’s not like with my Japanese I would have gotten more though. xD I do remember the three women who were at the beginning talking about Yu-chan, but since it was so early of a sleepless night, all I could get was that everyone seemed to think Yu-chan was too cute. LOL