To Watch Until They’re 35 – Ludivine Sagnier

Continuing with the countdown of our 10 actresses to Watch, on place #5 is none other than Ludivine Sagnier! Another French actor/actress on the countdown! 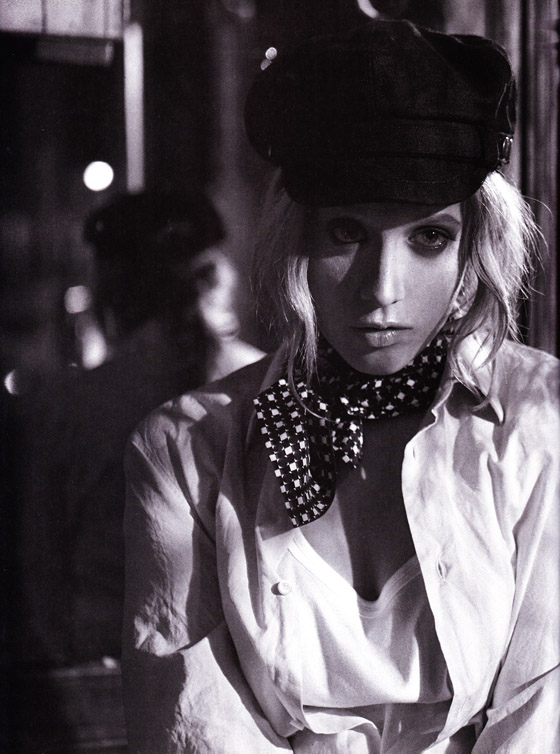 Sagnier started out young, when she was about 10 with small roles on films as “the little sister” or “the little girl” and moved on to slightly bigger roles. It was in the year 2000 when she first collaborated on Gouttes d’Eau sur Pierres Brûlantes (Water Drops on Burning Rocks), written and directed by François Ozon, and turned herself into his sort of muse as she collaborated with him once again on 8 Femmes (8 Women) in 2002, and finally on Swimming Pool, which was well received by critics and earned awards and nominations in places like the Critics Choice Award (Best Foreign Film), Cannes (Palme d’Or), as well as the César Awards where Sagnier was nominated for Best Supporting Actress, and at the European Film Awards where she was nominated for Best Actress.

In 2006, Sagnier was involved on Paris, Je t’Aime participating on the segment by Alfonso Cuaron, alongside Nick Nolte. She followed that up with great work in 2007, including a supporting role on Laurent Tirard’s Molière, as well as a role on Claude Miller’s Un Secret (A Secret) for which she earned her second nomination for Supporting Actress at the César Awards, and Christophe Honoré’s Les Chansons d’Amour (Love Songs) alongside Louis Garrel and Chiara Mastroianni. Add to that a starring role on La Fille Coupée en Deux (The Girl Cut in Two), which was well-received in critic circles, and well… we have to admit that has been her most prolific year as an actress.

In 2008, Sagnier participated on l’Instinct de Mort (Killer Instinct) alongside Vincent Cassel and Gérard Depardieu, based on the autobiography by Jacques Mesrine, a French criminal. The film also sprang a follow-up film called l’Ennemi Public No 1 (Public Enemy No 1).

Now in 2010, after having her second child, Sagnier has a few films ready to go. First up, it’s another François Ozon collaboration with Potiche alongside the 20 to Watch fellow Jérémie Renier, Gérard Depardieu, Catherine Deneuve, and Judith Godrèche. Followed by Pieds Nus sur les Limaces (Lily Sometimes) with Diane Kruger, and then Crime d’Amour alongside Kristin Scott Thomas.