To Watch Until They’re 30 – Ellen Page

So we freaking made it! #1 on the List of Actresses~~~
None other than Ellen Page! 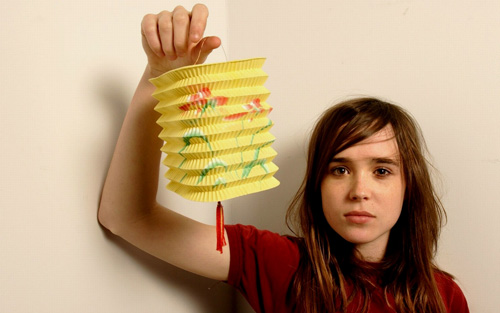 Wait, I know. I’m very well aware that many people hate her. Whatever. You know why? Because I’m being quite objective here, and Page has made it to the top with merit. She was pretty freaking scary as Hayley on Hard Candy — my friend told me her now X was scared to his balls in fear. LOL — Anyway, she was also part of a franchise, though a very small role, she was Kitty Pryde on X3.

She later left me scared to death with American Crime, and Tracey Fragments proved to be a very interesting and bizarre film choice. She was later Juno with all her Junoness, won a bunch of awards and was nominated for an Oscar. Next up will be Peacock with Susan Sarandon and Cillian Murphy… and there’s freaking Inception with Leonardo DiCaprio, Ken Watanabe, Joseph Gordon-Levitt, Marion Cotillard, Michael Caine, and again Cillian Murphy — directed by the one and only Christopher Nolan~~~

That’s a crew to die for!

Plus, if you ask my father, he’ll tell you she’s the one. LOL

If Inception proves to be successful, there will probably be more role choices… more interesting projects. Unless Page gets bored with acting, I don’t see her boring us with some crazy films…

4 responses to To Watch Until They’re 30 – Ellen Page