To Watch Until They’re 30 – Olivia Thirlby

So I’ve already named 5 of the Top10 actresses between the ages of 20-25 that you should be watching until they turn 30… because, you know~ hitting 30, there should be a re-evaluation xD – I will be showing my picks of 5 actors… which will be more of a surprise/discussion~~~ 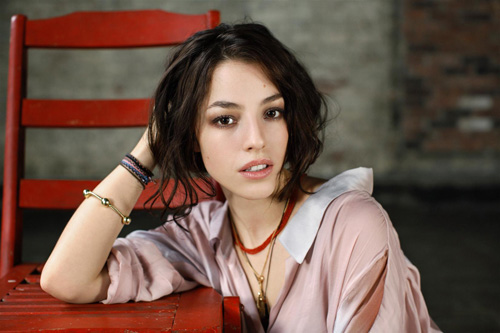 Were you expecting me to name Thirlby? I hope you didn’t because, frankly, I recently saw a list of Hottest 25 Stars under 25… and I felt underwhelmed. Anyway…

Olivia is a New Yorker born in 1986. She’s trained in theater (apparently loads of Shakespeare), and well… You may know her as the totally boss friend of Juno *tsk tsk* but she was also the off-beat friend on Snow Angels. It was a small role, but it did its job to call my attention.

She’s also on the Natalie Portman short film, Eve… as well as New York, I Love You – which I’ve still to see, but are both great opportunities.

You might think that’s not much, right? But  come on! It’s a lot for being #8 on the list, and I’m sure there’s still much to come! We just have to wait and see, and hope that filmmakers look past the “hot of the moment” trend. She totally deserves more attention.