To Watch Until They’re 35 – Tahar Rahim

So continuing with our list of actors, we move onto #5 with non other than French actor Tahar Rahim. And sorry for the photograph, I couldn’t find any cool photo of him big enough looking towards the camera that I could use, so this will have to do. You have to admit it’s a really stylish shot. 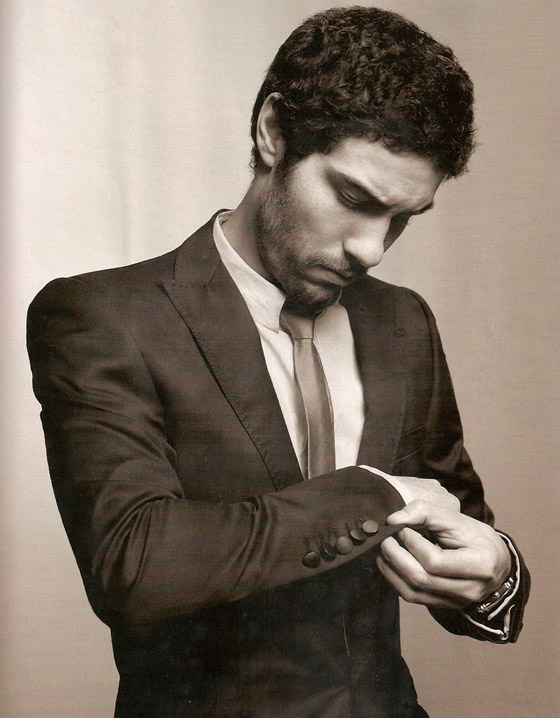 Born in Belfort, France, on July 4th 1981, Rahim is the 28-year-old actor who shot to fame for playing Malik on the critically-acclaimed film Un Prophète (A Prophet). Interestingly enough, this is his first major film role, after having played a “police officer” on the gory À l’Intérieur (Inside) just two years before.

However, after being nominated in the 2010 Rising Star Award at the BAFTA – beaten by Kristen Stewart… Oh, really? – and winning Best Actor at the César Awards (also with a Most Promising Actor win), at the European Film Awards, and the Lumiere Awards… well, we can’t help but wonder!

Rahim’s next project? The Eagle of the Ninth directed by Kevin Macdonald (The Last King of Scotland), based on the novel by Rosemary Sutcliff, a project which apparently has him with an ancient Gaelic accent?

Well, what can I say? After being able to front a movie like A Prophet, we want to see more. On Eagle of the Ninth, he co-stars alongside the likes of Donald Sutherland and fellow the 20 to Watch Jamie Bell.