One of the most tiring things on technology blogs is to read comments from people. It’s been specially tiring when Apple fans start blasting Samsung/Android posts, and viceversa. Though I must admit The Next Big Thing Commercial [1] was pretty funny. However, there was always something in common for the both of them, they could piss on Nokia.

Well, Nokia won’t stand for it no longer!

And their commercial speaks the truth.

For All Those Childs of the 90s

For years now, I stopped my mandatory affair with Internet Explorer — since I went in to work with web, in fact. It’s also been years since I last used Firefox because it had been too chunky, so Chrome had been my choice of browser. I don’t know if I could go back, EVER. Maybe. If the signs were right. Still, my inability to care for IE doesn’t hamper how nostalgic this commercial was.

And mother of gawd~ Tamagotchi.

After many hours installing drivers, which I shouldn’t be spending time on… because, well – I have other important software to install. I think I am finally operational. It seems… even though the Intel Audio Bus Driver or whatever it’s called still won’t install properly. But I have audio, so I dunno what that’s about.

Anyway, I’m already late for zzzzzleeping. Got an early show for From Paris with Love. I don’t know anything about the movie, except for the actors… so I might actually have a good time. xD

Ahhh… the dreadful formatting time. It’s been like 4 years since I last cleaned up my hard drive and did a clean install. Decided to do one because my computer has been sluggish… and since I did those updates to my drivers, it’s been wonky in the video and sound department too.

Lucky for me, now 95% of my stuff was already in an external hard drive, so all I needed to do was migrate all my video files (over 20 Gb)… which took like 2hrs, but it beats burning 5 DVDs for backup. Now let’s hope my Windows copy is still good for use, as well as my other software. 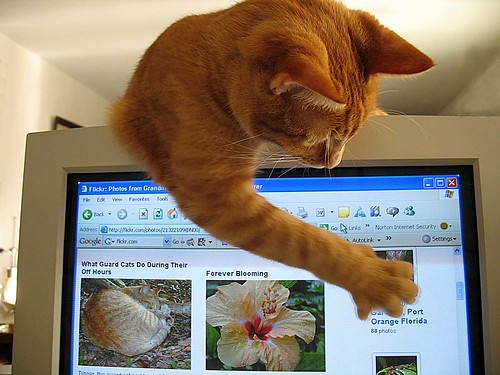 Multiple blogging will possibly remain non-existent until I get this old comp back online… which I hope happens tomorrow, because I will get behind with work. Ah… so computer dependent xD

re-fitted my computer this afternoon… man, those things can keep so much dust and other nasty stuff. And damn these Windows stuff, not saying that the new card is compatible… and then saying my audio driver wasn’t found, when it was RIGHT THERE where it’s supposed to be.

Then funny thing, after I put the video card in, Windows didn’t want to start. Looked it up online after typing the error number, and one of the tips was to take the hard disk out, and put it back in… and it worked. PCs are such weird phenomena. But now is finally over…

I kept the laptop my dad lent me, ha!

And, as you can see from one of my posts before, I listened to a LOT of music online.

And I also bought more books… LOL. I found the third tome of the Millennium trilogy – The Girl Who Kicked the Hornet’s Nest

]… and the original Swedish title, Luftslottet som Sprängdes which is The Air Castle that Blew Up. *sighs* translations… translations.

(wtf?) from the original Swedish title Solstorm… which is literally Sun Storm

And finally read Benjamin Button… but I enjoyed the movie better. To be honest, Benjamin Button was kind of a jerk in the book. I didn’t like him at all, but the story started out much more logical than in the film. How do people manage to make a 3hr film of a barely 50pg. book? LOL