Comments and Trackbacks not Showing up on WordPress Dashboard

A couple of days ago, I noticed that my WordPress Dashboard didn’t show any of the “recent comments” items — neither comments or trackbacks — and that the data of number of posts and comments said there were “0 comments”. At first I thought it might be that Intense Debate was playing with my mind, so I deactivated it… but nothing happened. I thought maybe it was some WordPress mumbo jumbo, so I let it go for a day or two. But it started to bug me.

I didn’t do any updates to WordPress… or to any of the plugins I used, so it must have been something else inside. With the plugin on, there were comments, but without it all the comments were magically disappeared.

After a few hits, I found this thread on WordPress.

Basically, if you’ve got a self-hostel WordPress blog,  go to your Webhost’s control panel. Head over to the mySQL options, choose the appropriate database (the one that holds your WordPress info), and hit repair. That did it.

Is anyone else having issues with sending messages on Facebook groups? You know that “Message All Members” option. I mean, if I am a member of a group, I know I am subjected to any message the group administrator might want to send me… and yes, that includes links.

Now, if Facebook is a social network… and Groups are a cyber-social way of people who have something in common to share links, comments, news, etc. – why would Facebook block websites? And why our websites? Who is the one flagging my/our URLs? Because it wasn’t only my address on that message I was trying to send.

So in the message, I was trying to pimp YAM’s two new official Facebook officers – Erick over at Toma-Uno.com who’s now the Facebook Second-in-Command, and Linzer Dinzer who’s now added to the Facebook Officer list. Plus, our fave Film hangouts who are on Facebook groups and pages~~~ As well as our latest Cinencuentro article in Spanish and English.

It happened to me once before with YAM Magazine’s URL, so I used the “report this error” link on the Facebook Error Message, but I haven’t been contacted by Facebook, and I’ve read of people still waiting after six months… SIX Months!!!

So I’m asking you this – what to do? should I avoid links? and write things like amy-wong dot com? 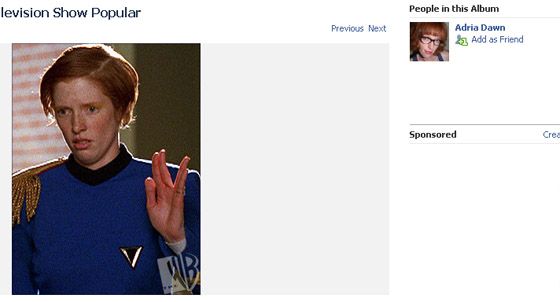 Also… on a side note- I was browsing the The WB’s Popular group’s photos, and ended up looking at this photo of April Tuna played by Adria Dawn doing the Star Trek sign, and ended up with a link to Dawn’s actual Facebook profile. Facebook creepy, or not?

Okay… did anyone else had troubles getting the feed? I was using my Chrome, and switched to Firefox… and even dared to open the crummy Explorer. I checked if my plugins were updated (they were), and I even downloaded the newest version of Java – which I usually avoid. 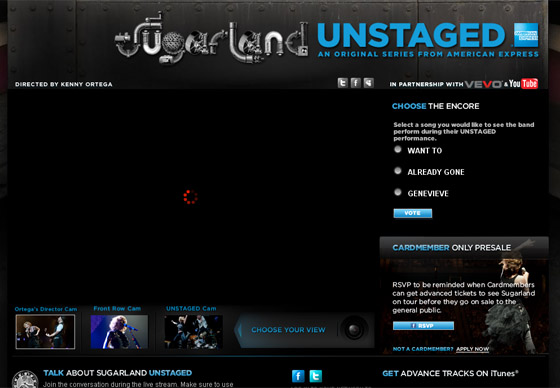 I know it’s not only me, because I saw a ton of messages, but I wonder why it was such a bust. I mean, a lot of other people do live streams fine. Last night I had a fine experience at NPR and the Jonsi concert. Why do Vevo and YouTube need to make such a fuzz with technology?

After many hours installing drivers, which I shouldn’t be spending time on… because, well – I have other important software to install. I think I am finally operational. It seems… even though the Intel Audio Bus Driver or whatever it’s called still won’t install properly. But I have audio, so I dunno what that’s about.

Anyway, I’m already late for zzzzzleeping. Got an early show for From Paris with Love. I don’t know anything about the movie, except for the actors… so I might actually have a good time. xD

re-fitted my computer this afternoon… man, those things can keep so much dust and other nasty stuff. And damn these Windows stuff, not saying that the new card is compatible… and then saying my audio driver wasn’t found, when it was RIGHT THERE where it’s supposed to be.

Then funny thing, after I put the video card in, Windows didn’t want to start. Looked it up online after typing the error number, and one of the tips was to take the hard disk out, and put it back in… and it worked. PCs are such weird phenomena. But now is finally over…

I kept the laptop my dad lent me, ha!

And, as you can see from one of my posts before, I listened to a LOT of music online.

And I also bought more books… LOL. I found the third tome of the Millennium trilogy – The Girl Who Kicked the Hornet’s Nest

]… and the original Swedish title, Luftslottet som Sprängdes which is The Air Castle that Blew Up. *sighs* translations… translations.

(wtf?) from the original Swedish title Solstorm… which is literally Sun Storm

And finally read Benjamin Button… but I enjoyed the movie better. To be honest, Benjamin Button was kind of a jerk in the book. I didn’t like him at all, but the story started out much more logical than in the film. How do people manage to make a 3hr film of a barely 50pg. book? LOL