The 2001 Adidas have traveled around the globe with me~~ they’ve visited L.A, Beverly Hills, San Francisco… they’ve been soaked in rain there – mud in Cuzco and Machu Picchu. They’ve been with me to Vancouver, stepped on many airports around the world, including Narita Airport in Tokyo, Beijing, Hong Kong, numerous airports inside China, Miami, Dallas, Houston, Toronto… They’ve been to Spain, Sweden and Finland, etc etc. They’ve taken the heat, they’ve taken the rain (and my feet didn’t get wet!!) – Those Adidas are MAGIC! I tell you! 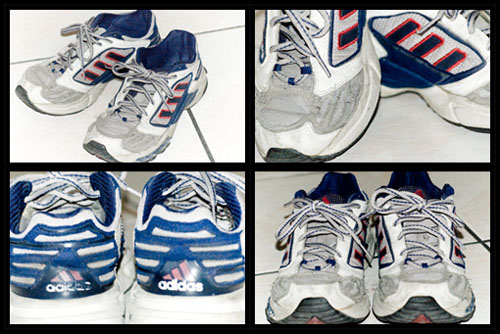 So I cannot seem to part ways with them.

However, before them… there were my Simple. I bought them perhaps a year or two before those Adidas, and there was a time I didn’t use them, but I eventually went back to them.

That photo I took in 2003 in Vancouver as part of the ‘self-portrait assignment’ – but they busted, so I brougth them once again and left them home, and then they disappeared. LOL’ Anyway, in 2004 I was looking for a new pair, but couldn’t find them online. A search for “simple shoes” didn’t turn up anything, until today!!

Turns out, the company sort of changed during the years I was looking for them… so I couldn’t find them. LOL’

Those sneaker-suede shoes look a bit chunky though~~~ 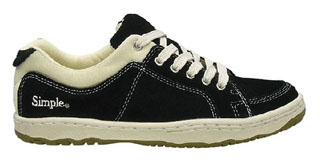 And apparently, Simple (many of them, at least) are now Eco-Friendly!! LOL’ And I just love these ones…

This one apparently is made out of car tires, cotton and plastic… and~~~ 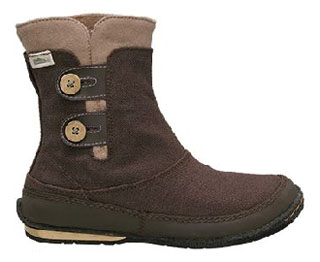 And those are made of cork, bamboo, car tires, cotton, hemp and coconut. O.o Nutz~~ PLUS! the “simple – shoes for a happy planet” and “less > more” taglines, I love. xD

4 responses to Oh, Simple Shoes! For I Have Found You!