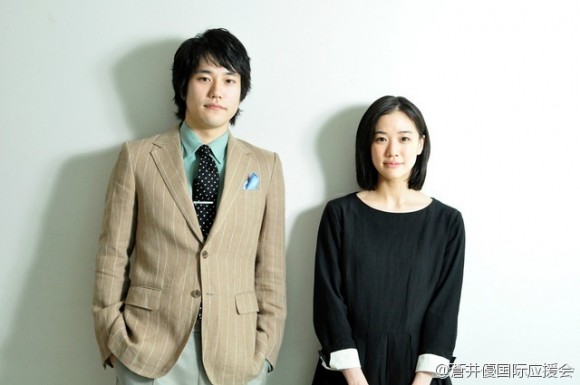 Next up, an early Rurouni Kenshin Kyoto Inferno event ahead of its official release [1]. 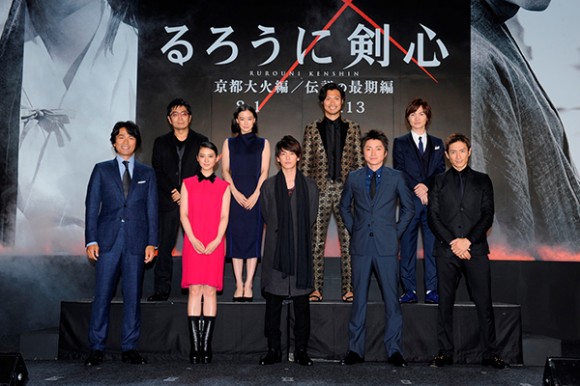 And finally a showing on the food talk show Danshi Gohan (男子ごはん), which apparently is Yu’s 4th appearance on the show and reminds me of how much I enjoy seeing Yu eat. Her excitement for eating makes me giddy. It’s contagious. This time around she requested Saba Miso (Mackerel simmered in miso), they quickly whipped some snack which she’s named Iburi-pone… a portmanteau of Iburi [1][2][3] and mascarpone, so basically pickled smoked daikon topped with mascarpone, which they later seasoned with olive oil, chives and pepper.

They drank whisky on the rocks. Yes, Yu drinks whisky on the rocks now xD while they waited for the Saba Miso to be ready, and then Yu prepared a Yamaguchi prefecture dish called Kawara Soba, which is supposed to be made on top of a roof tile, but for convenience it’s made on a hot plate with cha soba (basically green tea soba noodles) and pork (Yu’s Point).

You can catch the episode on YouTube [1][2], but I can’t tell whether it will stay there for long.