Yu Aoi and her 15 Years in the Business

There’s an interview with Yu Aoi on (I guess, Japanese?) Woman Mangazine, where she mentions that she’s celebrating 15 years of work… so here’s a snapshot from some issue of ku:nel Magazine of Yu Aoi just chilling eating plain yogurt. 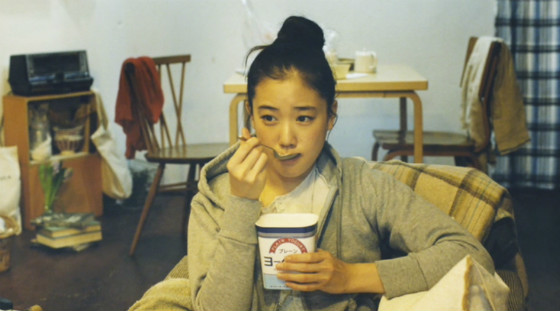 Random enough? LOL, in the interview she talks about what she’s learned from other more experienced actors, like they’re not people of expressions, but people of labor. Then later explains how that played into her “training camp” experience for the shooting of Haru wo Seotte, which was shot at over 2500m above sea level in the snowy mountains.

You can read the whole interview here.

In the meantime, lets take a look at some oldies of Yu’s career, because~~~ WHY NOT? Some good old fashioned All About Lily Chou Chou screencaps via buta-neko.net, and some rare Oha GARU screencap via this blog.