Gong Li and Andy Lau for What Women Want

I am probably being terribly biased by saying that I do not mind them remaking What Women Want in China. Yes, Helen Hunt… and okay, Mel Gibson might have had “something” there, but it’s not like they will be butchering a classic.

But, HELLO? Gong Li? In a power suit bossing Andy Lau around? 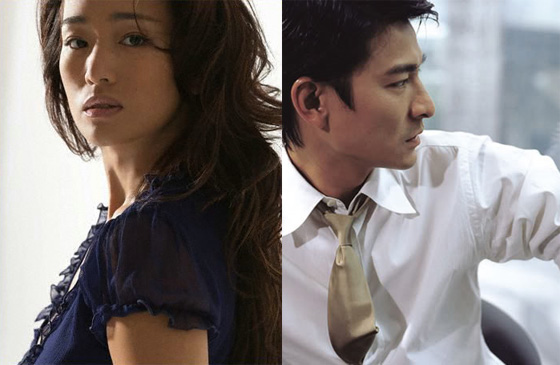 As he listens to Beijing women think? Scary stuff right there. I can’t imagine what Chinese women think about, but I think a lot of scary stuff when watching people in the streets.

Adapted from Nancy Meyers’ romantic comedy (and directed) by Daming Chen, the film will begin shooting this or next week at a $5M USD budget — which is like Hollywood independent budget — and the film will hopefully be ready to hit screens by next V-Day (aka. Valentine’s).

“I wanted to bring more strength out in the woman character to reflect what’s happening in China,” said Chen, an actor who most recently directed 2006’s “One Foot Off the Ground.” “Chinese women are leading giant businesses today and winning most of our Olympic gold. Gong Li has the presence to convey this strength.”

Bolding mine. I’m glad I’m not the only one noticing that. What’s up you guys?

via The Hollywood Reporter Asia.

Something to note, Fan Bingbing (28) was rumored to have joined the cast — possibly as a lead? — and this is what is remarkable about this casting news.

More bolding of mine. When 28 is “too old” in Hollywood.
Gong Li is 44. China casting  > Hollywood casting?
Maybe this time~