To Watch Until They’re 35 – Abbie Cornish

It’s time to begin with the ladies.

Taking the #10 spot on the list of actresses to watch is none other than latest Australian  export Abbie Cornish. I know a few who are still not taken by Cornish screen charisma — I am one of them — but it’s hard to deny her success in different films.

I mean, there is a reason why she had “the” buzz, right? 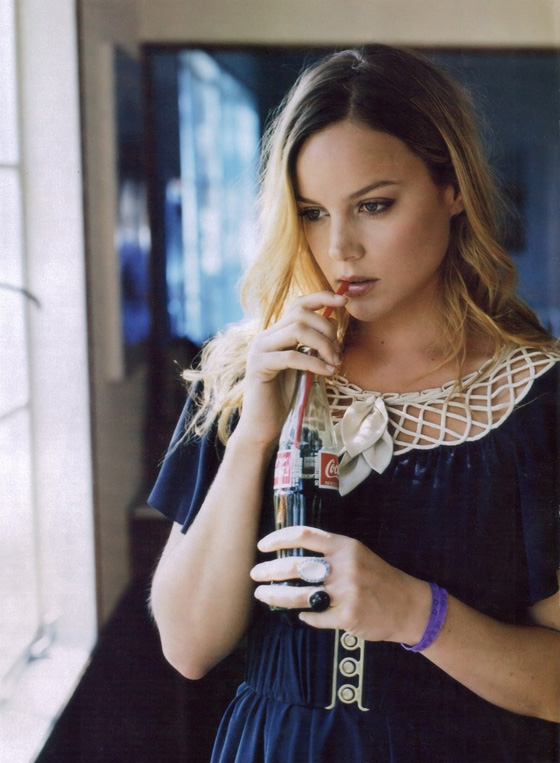 Born in New South Wales, Australia on August 7th 1982, at only 27 years old, Cornish has already achieved a lot. In 2004, Cornish starred in the film Somersault which was well-received critically, even getting her the Australian Film Institute Award for Best Actress [Action It Boy Sam Worthington was in it too]. She followed that up in 2005 with Candy alongside Heath Ledger, for which she received more critical acclaim.

Cornish finally broke into mainstream appeal by appearing on Ridley Scott’s A Good Year with Russell Crowe and Marion Cotillard, where she played the appealing long lost relative not looking for inheritance. She followed up her appearance with Crowe by sharing the screen with yet another fine Australian talent in Elizabeth: The Golden Age with Cate Blanchett.

And how do you top that off? Well, by working with famous director Jane Campion on Bright Star alongside fellow the 20 to Watch Ben Whishaw, and gather a lot of praise for her role of Fanny Brawne. And though that didn’t translate into the awards, she got our attention.

What’s next on her plate? Well, how about two projects with Watchmen and 300 director Zack Snyder? First up, Legend of the Guardians: The Owls of Ga’Hoole with Hugo Weaving, Geoffrey Rush, Helen Mirren Sam Neil, and Jim Sturgess. Then, Sucker Punch — described as Alice in Wonderland with machine guns — with Jon Hamm, Carla Gugino, and Jena Malone. Follow that up with  current work for the film The Dark Fields alongside Robert De Niro and Bradley Cooper, and a possible project directed by Madonna with Vera Farmiga and Ewan McGregor? And well… we’re there!

5 responses to To Watch Until They’re 35 – Abbie Cornish