To Watch Until They’re 35 – Emily Blunt

Finally! You are probably saying that this is about time that I get to finish with this list of the 20 to Watch~ And accompanying Ryan Gosling who was #1 on the list of actors, there’s Emily Blunt on top of the list of actresses whom you should be keeping an eye out for~ 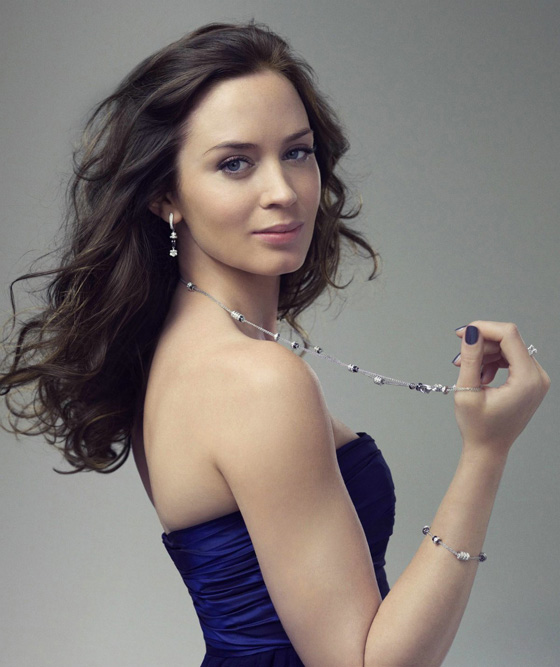 Born in London, England on February 23rd 1983, this 27-year-old actress is best known for playing Emily Chalton opposite Meryl Streep and the 20 to Watch fellow Anne Hathaway on The Devil Wears Prada, for which she earned nominations for Best Supporting Actress at the BAFTAs and the Golden Globes.

Blunt’s first breakthrough as an actress was playing Tamsin on Pawel Pawlikowski’s My Summer of Love, opposite Natalie Press. The film received positive reviews, and earned nominations for Best British Film at the BAFTAs, as well as nods for Most Promising Newcomer for Blunt at the British Independent Film Awards, and British Newcomer of the Year by the London Film Critics.

A year later, Blunt played Natasha on Stephen Poliakoff’s BBC Made-for-TV movie Gideon’s Daughter starring Bill Nighy and Miranda Richardson, which earned Blunt her first Golden Globe for Best Actress in a Supporting Role. In 2006, she finally burst into pop culture knowledge as Hathaway’s Andy’s best-not-a-friend Emily, the desperate assistant to Streep’s Miranda Priestly. Despite only getting a supporting role in a film clearly led by La Streep, Blunt managed to garner enough attention not only from the public, and critics… but also casting agents.

Blunt also participated on The Great Buck Howard, a comedy with John Malkovich, and Tom Hanks — playing the father of his real-life son Colin. It seemed like Blunt’s roles were destined to be supporting forever… until The YoungVictoria. The film received considerable positive response, while earning Blunt nominations for Best Actress around critic circles, as well as Best Actress nod at the British Independent Film Awards, and at the Golden Globes.

This year, she returned to screens on The Wolfman starring Benicio del Toro and Sir Anthony Hopkins. While the film didn’t earn much critical or commercial response, you can’t deny that the film adds a certain variety to her CV. xD

All in all, Blunt tops the list because of a combination of factors, such as period of time until she’s 35, past projects, future projects… and perhaps, Hollywood-ness? It is perhaps the way she’s passed on roles on Iron Man 2 (that ended up on Johansson’s CV), or the upcoming Captain America with words such as:

I think that ‘Captain America’ is going to be really fun and I gather that the story is really interesting… It just wasn’t what I wanted to do next, to be honest.

There’s definitely a high commitment level and I’m not someone who likes to plan too much ahead… That would also be an issue for me as well.

While everyone wants to jump on the Marvel franchise train, it is admirable to be a working actor and pass on roles to keep your acting schedule open. So we get to have 8 upcoming years of uncertainty~~~

What’s next up for Blunt? Well, there should be a wider release (or at least a DVD one) for Wild Target starring Bill Nighy, Rupert Everett… and fellow who didn’t make it Harry Potter alumni Rupert Grint. Then there’s The Adjustment Bureau with Matt Damon, written and directed by George Nolfi (who wrote The Bourne Ultimatum). Then there’s Gulliver’s Travels with Jack Black, Amanda Peet and Billy Connolly, as well as the animated film Gnomeo and Juliet with fellow the 20 to Watch James McAvoy, and finally Salmon Fishing in the Yemen by Lasse Hallström, with Ewan McGregor and Kristin Scott Thomas.

Yes, there’s a lot to watch from Blunt~