To Watch Until They’re 35 – Doona Bae

Holler if you just said “What?”!

You might be asking me why I would put Natalie Portman as #3, who is virtually known by everyone, and is the role model of  virtually 95% of late teens/early 20s young actresses around. We admitedly find Kristen Stewart’s fangirl-y-ness kind of cute and amusing [1][2]. However, if we decided to put Natalie Portman as our #1, then that would be a little bit boring, right?

Plus, this time we are choosing quality over quantity. ;P 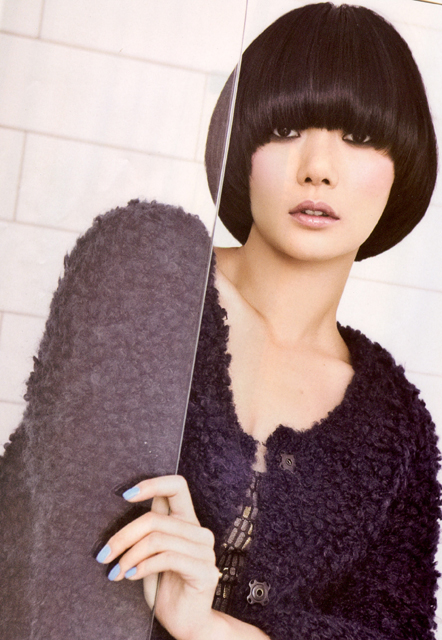 Born in Seoul, South Korea on October 11th 1979, this 30-year-old actress is best known as archer Park Nam-Joo in the monster film The Host (Gwoemul) by Bong Joon-ho, as well as playing activist Cha Yeong-mi in Sympathy for Mr. Vengeance by Park Chan-wook.

Born to famous stage Korean actress, Kim Hwa-young, it seemed that Bae was born with acting in her veins. However, she always felt that acting was only for people of extraordinary talent, so she kept away. One day in 1998, after graduating from university, Bae was scouted by a model agency, and one year later she was already debuting on the KBS TV drama School — which earned her the KBS Drama Award for Best New Actress, while making her big screen appearance with a brief role on The Ring Virus, the Korean remake of the Japanese horror RINGU.

In year 2000, she was cast as Hyeon-nam in Barking Dogs Never Bite, directed by Bong Joon-ho due to her willingness to appear without makeup, which many other South Korean actresses refused to do. This earned her another award as Best New Actress, at the Blue Dragon Awards. She followed it with two films that were received positively by critics, first in 2001 with Take Care of my Cat by Jeong Jae-eun, for which she earned Best Actress by the Korean Critics Association, the Korean Film Directors’ Society (Chunsa Film Art Award), and the whole South Korean entertainment industry with a PaekSang Arts Award. And in 2002 with Park Chan-wook’s Sympathy for Mr. Vengeance, for which she earned a Best Actress at the Director’s Cut Awards, chosen by Korean Film Directors, and would lead to a future collaboration.

After two weak films in 2003, Bae decided to take some time off from acting, in which she took up photography, and participated in the stage production of Sunday Seoul, co-written by Park Chan-wook.

In 2005, she went across the sea, and starred in the Japanese cult hit Linda Linda Linda, playing a South Korean exchange student in a Japanese girl rock band trying to play at the school’s festival — for which she recorded an EP titled We Are Paranmaum under the name Paranmaum — by Nobuhiro Yamashita, which also became a favorite of the film festival circuit. The year after it, she had a supporting role in Bong Joon-ho’s South Korean biggest box office success The Host.

Bae also appears on a few music videos, and has released Photo essays for London, Tokyo and Seoul. Finally, in 2009 she played an air sex-doll in the Japanese drama Air Doll by acclaimed director Hirokazu Koreeda. For the role, she earned Best Actress wins in festival circuits, as well as nominations at the Asian Film Awards, and the Japanese Academy Awards.

What’s next for Doona Bae? We have no idea. But if she’s making us wait another 3 years for a new movie on the big screen, and it’s as GOOD as Air Doll was when we waited those 3 years after The Host. Well, it’s all worth it.

6 responses to To Watch Until They’re 35 – Doona Bae