Finally got the chance to watch the second chapter of Camouflage fully translated. Why? One, because I didn’t have the time, and when I had the time ViiKii wasn’t letting me stream.

So… anyway! I’m pimping subscribers! I want more people to subscribe, and I guess most of the visitors are coming here for their Yu Aoi fix, so please. Add this blog to your Google, or your Yahoo…. or just add the blog’s Feed to any reader you use, that way you can keep up with your Yu Aoi reading. ;P

BARAIRO NO HIBI, or Rose-colored Days is the 2nd 3-episode chapter of Yu Aoi’s Camouflage, which aired a LONG time ago. The title seems to be a play on words on “rose-colored g lasses” (aka. pink-colored glasses) which refers to seeing something nicer than it normally is. A common word that is often used (and I often read about 5 years ago) was delusion. Delusional people aren’t really crazy per se, but they are living in an illusion that they’ve created.

In this case, Yu’s character, Makoto.

Chapter 2 tells the story of Makoto and her childhood friend Wataru whom I don’t get. 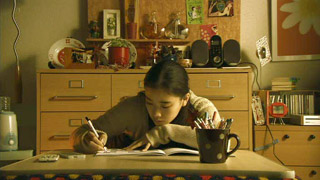 On the 1st episode of this chapter, we are introduced to Makoto through Makoto’s world. She’s normal, or so she says. Average beauty (though I know a few visitors who may argue with this), average smarts, and average everything. She doesn’t have a cellphone, which people find strange (I don’t), she likes doing crossword puzzles a bit obsessively, and she’s got a certain urge… which is randomly taking her socks at whatever time to put on her running shoes and begin running for 10min while pretending to be someone else. No, that’s not strange at all~~~ 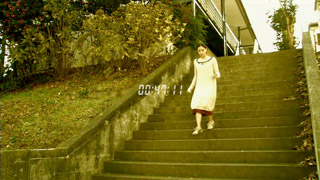 After all the running is done, we are finally introduced to Wataru, who is waiting for her arriving after a random run in the middle of the night. Makoto tells us in her average tone, a kind of ironic and “I don’t care” tone which some people may find offensive if ever talked like that, that Wataru is very “conchudo” (Peruvian slang for being fresh and taking advantage of others easily with no concerns). He comes inside her home uninvited and is not very book-smart.

Wataru, however, is just worried about Makoto’s well-being. He wonders if she’s had dinner yet, and tells her she should get a cellphone in case of an earthquake and a natural disaster, to which Makoto replies that he lacks vocabulary. He doesn’t really listen, or doesn’t really care, so he asks what she’s doing for her birthday that weekend. She doesn’t have any plans, but she doesn’t really want to accept his invitation.

By the end of the episode, a new photographer presents her interpretation of the episode. This time, Iida Kazuna delivers a piece titled MAKOTO NO ATAMA NO NAKA, which means “Inside Makoto’s Head” 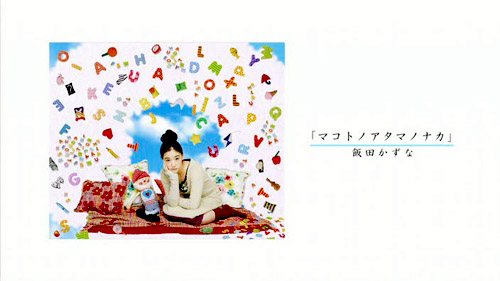 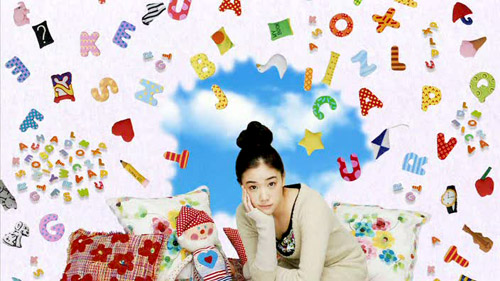 On episode 2, we are presented to Makoto through Wataru’s world, who also seems to be living in his own fantasy. We get to see Makoto running some more… 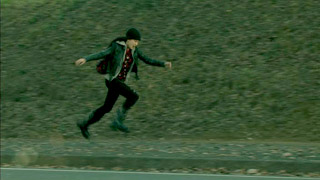 Makoto-chan is late for work!

And we also get to see her working… through Wataru’s stalker-ish point of view. Doesn’t Wataru have work to do too? Anyway, he’s got his own wanderings guessing details about the life of Makoto’s flower shop costumers. Finally, her birthday arrives, and Wataru does his best to impress his would-be-love-interest. 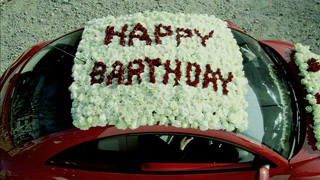 Oh, poor Wataru. Can’t get one right, can you? He gets his car all flower-bed with hearts and a “happy birthday” message with a spelling mistake, which Makoto loves to point out… after all, she DOES crossword puzzles for fun.

Wataru promised to take Makoto to see the ocean, but doesn’t check the map so they end up lost and stranded after the car breaks down. Just their luck! However, in his own delusional world he “climbs the wall” he’s been trying to pass. I don’t want to ruin that moment for you because it’s so awkward it’s funny.

By the end of their not-a-visit-to-the-ocean, Makoto tries Wataru’s cellphone camera, which she finds odd. 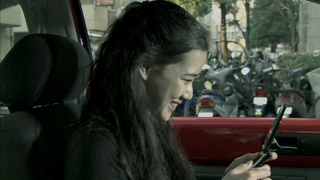 that is totally a “this is amusing” face. 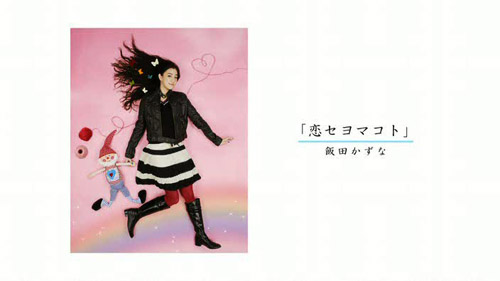 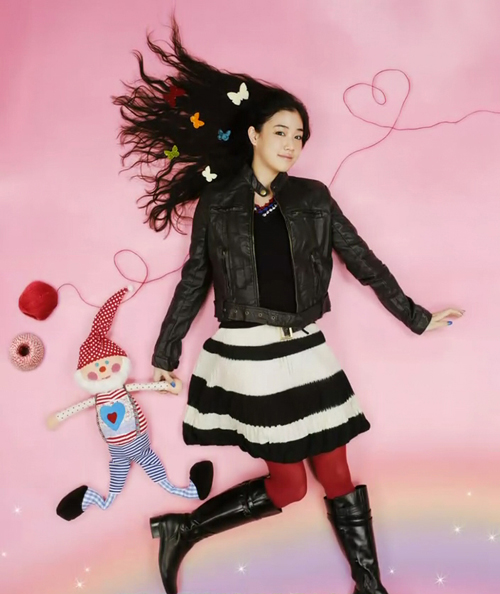 The 3rd episode is the one I’ve seen less times, so I can’t fully grasp it.

It seems like Makoto’s and Wataru’s worlds clash, and it’s just one big mess to me. It begins one month after Makoto’s birthday, Wataru jokes (or is he for real?) that it’s their one-month anniversary, to which Makoto replies “we’re not dating.” Then we find out Makoto finally got a new cellphone, and then something happens that is supposed to get us all like WHAT?, but it feels pretty useless since we don’t really care much about Wataru.

Even Makoto seems not to take Wataru as very serious. 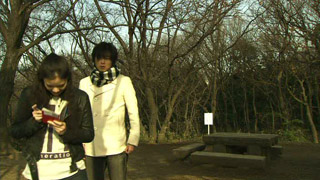 Makoto-chan continues doing her crossword after Wataru tells her he likes her.

It just feels like she really is trying to block that he has any interest on her. You don’t need to be romantically involved to care enough for someone to end up looking like this. 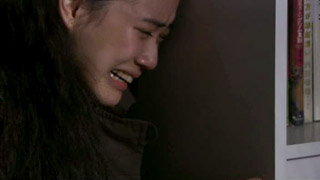 Finally, Kazuna-san delivers her final piece titled like the episode. 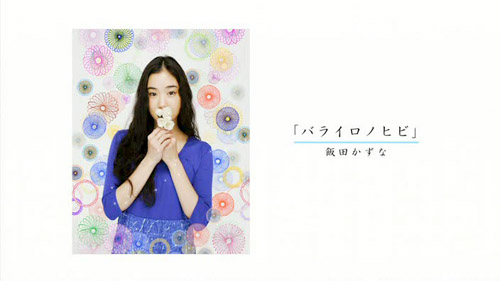 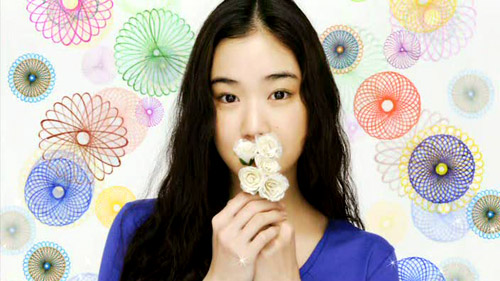 I think this is a very ironic chapter, but didn’t feel connected to the story and all the themes throughout the episodes. Especially the photos. However, I feel like the intro and outro monologues were great. Obviously, the theme of lies is a very broad and interesting one, especially when you keep finding people that tell you that lying is bad.

On one of the intros, you find Yu Aoi on that funny outfit, and all very serious host asking the viewers who lies more, men or women? She tells us it’s men… because women don’t consider telling a lie as lying. She then points out that was said by a man.

She also reads a quote by Persian poet (I did my research) Sa’di [saadi] that says “A lie that brings good will is better than a truth which has malicious intent.”

As well as a quote by Samuel Butler that says “Any fool can tell the truth, but it requires a man of sense to know how to lie well.” Which is so very true.

And lastly a quote by Michel Foucault — which I haven’t been able to double-check — that says “Rather than showing off something that you’re not, you should take advantage of showing your true-self.”

What are your thoughts on lying?